Demands naming and shaming of those who fail to protect women, children from horrific assaults. 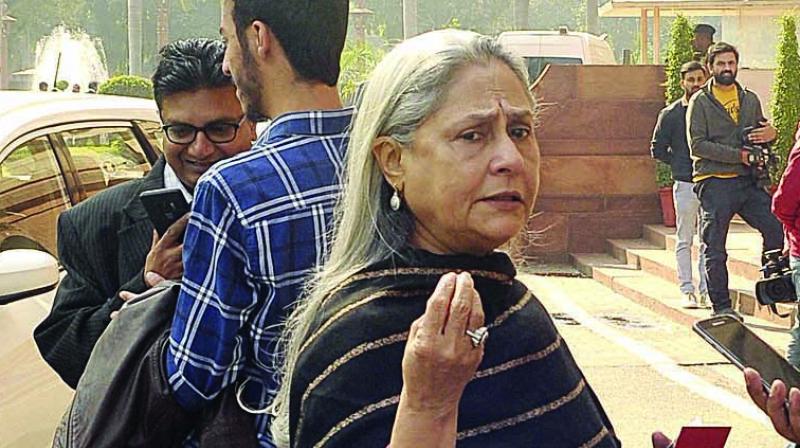 New Delhi: The gang-rape and murder of a veterinary doctor in Hyderabad reverberated in both Houses of Parliament on Monday with Samajwadi Party MP Jaya Bachchan going to the extent of demanding that the rape accused be brought to justice in public and lynched.

“These types of people (the rape accused in the Telangana case) need to be brought out in public and lynched,” Ms Bachchan said.

“I think it is time. The people want the government to give a proper and definite answer,” she said, leading a chorus of angry voices in Rajya Sabha over the horrific rape and murder.

“I don’t know how many times I’ve stood and spoken after this kind of crime. I think it is time... whether Nirbhaya or Kathua or what happened in Telangana... I think the people now want the government to give a proper and definite answer”.

“What has the government done? How have they tackled it? How has justice been done for the victims? I am not taking names... but shouldn’t the security be held responsible? I feel only one day earlier something similar happened in that area in Telangana... why wasn’t this stopped?” she
continued.

She also demanded that the people who had failed to protect women and children from such horrific assaults should be “named and shamed”.

Describing the Telan-gana incident as a disgrace to humanity, Rajya Sabha Chairman M. Venkaiah Naidu also suggested a rethink on the practice of allowing convicts in heinous crimes to go in for mercy appeals.

“What happens even after punishment is given (to convicts). We all are witness. Appeal, mercy (petition)... Can anybody think of having mercy on such people,” he said, observing this process has been followed for years.

“We should really think about change in legal system, in our judicial system,” he said after MPs expressed outrage over the rising incidents of crime against women.

Mr Naidu said crime against women is a “societal disease” and there is some sort of lacunae in systems, both legal as well as the police. “This kind of violation of the dignity of women cannot go on unchallenged. It should be nipped in the bud,” he said.

The chairman also suggested photographs of people found guilty of crime against women should be published so that there is some social stigma and fear in
them.