Maulana Syed Ashhad Rashidi is the president of Jamiat Ulama-i-Hind in Lucknow. 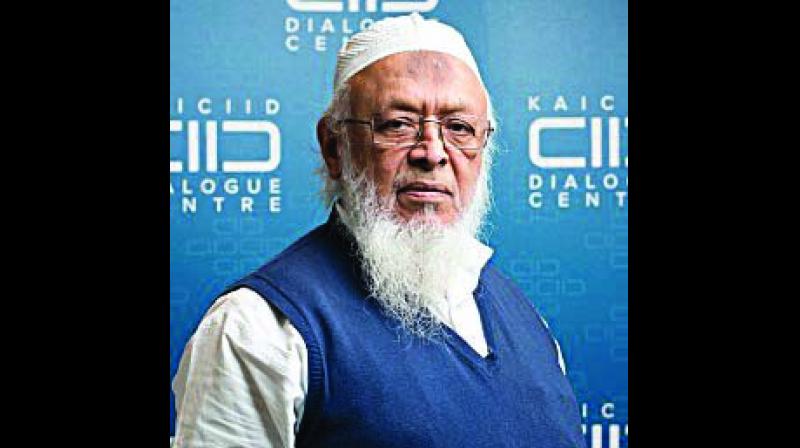 New Delhi: The Jamiat Ulama-i-Hind on Monday moved the Supreme Court seeking reconsideration of its November 9 verdict giving the ownership of the disputed site at Ayodhya to the idol of Ram Lalla for the construction of a Ram temple, that it said not only amounted to condoning the illegal acts of the Hindu parties but also rewarding them.

Noting that he was conscious of the sensitive nature of the issue and that he understands the need to put an end to the dispute in order to maintain peace and harmony in India, petitioner Maulana Syed Ashhad Rashidi asserted there could be no lasting peace without justice or accountability.

Maulana Syed Ashhad Rashidi is the president of Jamiat Ulama-i-Hind in Lucknow.

Pointing to “errors” in the November 9 order, the plea for reconsideration says that by directing a temple to be built at the disputed site amounted to destruction of the Babri Masjid if it had not already been demolished on December 6, 1992.

The direction for a “temple to be built at the disputed land, which virtually amounts to a mandamus to destroy, because had the Babri Masjid not been illegally demolished on December 6, 1992, the execution of the present order would have required the destruction of an existing mosque to make space for a proposed temple”, says the petition.

Though the Supreme Court in its verdict had noted three of the several illegalities committed by the Hindu parties, the review petition says yet it proceeded to “not only condone the said illegal acts but to award the same by allotting the disputed site to the Hindu parties”.

Monday was the 24th day since the judgment was pronounced on November 9. The plea for reconsideration of verdict can be filed within 30 days of the pronouncement of the judgment.

The petition contended that instead of awarding the disputed site to the Muslim parties, it was given to the Hindu parties, knowing well that their claim over the disputed site was based on three acts of illegalities in 1934, 1949 and 1992.

It further says the court “erroneously” exercised its plenary powers under Article 142 directing the allotment of five acres of alternate land, which was neither pleaded for nor sought by any of the parties.

Saying the Babri Masjid was demolished on December 6, 1992 in brazen violation of multiple orders of the Supreme Court, the review petition has noted that even the court had in its November 9 order said the events of December 6, 1992 were an “egregious violation” of the rule of law.

In these circumstances, justice could have been done by directing the Centre and Uttar Pradesh government to reconstruct the Babri Masjid, but instead the court was in “grave error” by handing over the disputed site to the Hindu parties, “who had not approached the court with clean hands and indulged in repeatedly flouting the orders of this court”.

While Maulana Syed Ashhad Rashidi filed the petition on Monday, another plea by the All India Muslim Personal Law Board is likely to be filed in the coming days, before December 9.