The report submitted a month ago after seven years of hearing and investigation, was and leaked on Sunday. 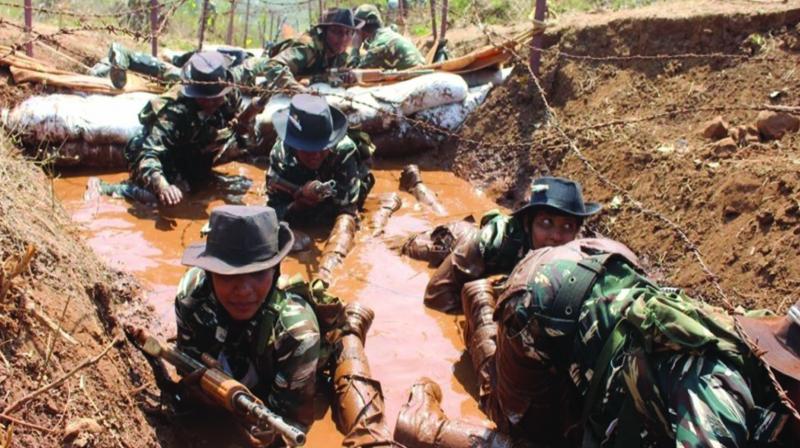 The report further said the police investigation was flawed and was tampered with. (Photo: File | Representational)

Raipur: Seventeen people, including six minors, who were identified by the Chattisgarh security forces as the Maoists and were killed in an encounter on June 28, 2012 in Bijapur were villagers, a report submitted by a one-member judicial commission has said.

The report by Justice Vijay Kumar Agarwal revealed the following: villagers did not fire, there was no proof that they were Maoists, the villagers were shot dead from close quarters and police might have fired ''in panic'' and one victim was killed in the morning, i.e several hours after the encounter at night in Sarkeguda in Bijapur, The Indian Express has reported.

The police had claimed that villagers first fired at security forces.

The report submitted a month ago after seven years of hearing and investigation, was and leaked on Sunday. It further said that the six security personnel were injured due to ''cross-firing'', likely by ''bullets fired by fellow members''.

The report further said the police investigation was flawed and was tampered with, IANS wrote. It also rejected police claims of confiscation of guns and pellets from the spot.

However, it also observed that the villagers’ claim they had assembled to discuss a festival was “highly doubtful”.

The villagers claimed they had gathered for a meeting to discuss a “Beej Pandum” festival when security forces surrounded them and opened fire.

The one-member probe commission was formed by the erstwhile Raman Singh government of BJP to look into the alleged encounter that took place in the intervening night of June 28-29, 2012.

During the investigation, the Commission had recorded statements of 30 witnesses from both sides.

On the night of June 28, 2012, teams of the CRPF and Chhattisgarh Police, led by the former, had launched an operation, based on information that hinted at the presence of Maoists.