'I can never claim to be possessing this knowledge, only the 'naamdar' can do it,' the Prime Minister said. 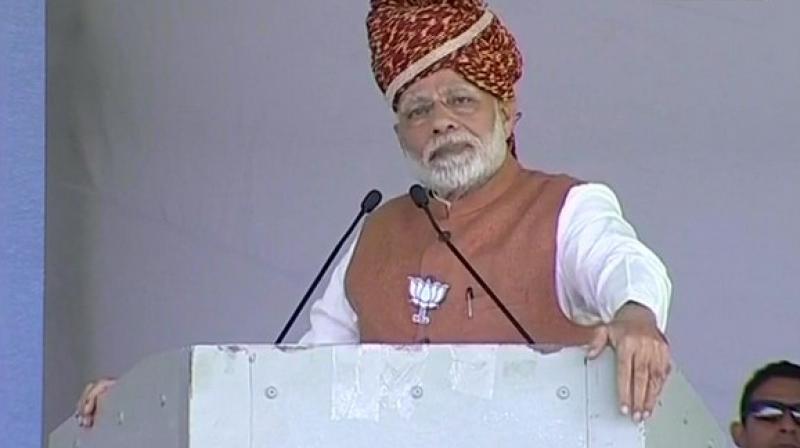 Jodhpur: Prime Minister Narendra Modi on Monday attacked Rahul Gandhi for challenging his Hindu credentials and questioned whether the Congress President wanted to seek votes in Rajasthan over this issue rather than the basic issues like electricity, water and roads.

Prime Minister Modi's comment came two days after Gandhi said that the former "doesn't understand the foundation of Hinduism" and asked "What kind of a Hindu is he?"

Gandhi had made the remarks in Udaipur while addressing a rally as part of campaigning for the upcoming Assembly polls.

"Even the saints have never claimed that they know everything about Hinduism and Hindutva. This is such a mammoth subject that it is not possible for any human to acquire," Prime Minister Modi said while addressing a rally here.

"I can never claim to be possessing this knowledge, only the 'naamdar' can do it," the Prime Minister said in reference to Gandhi, whom he calls by that name.

Prime Minister Modi, in his speech, also accused the Congress of spreading lies.

"In spreading lies, the Congress has become such a university where study of PhD starts on every admission. Whoever gets more marks in spreading lies, he gets new post and position," the Prime Minister said.