Corporate India needs to recognise that setting up a complaints committee is merely the first step in dealing with sexual harassment. 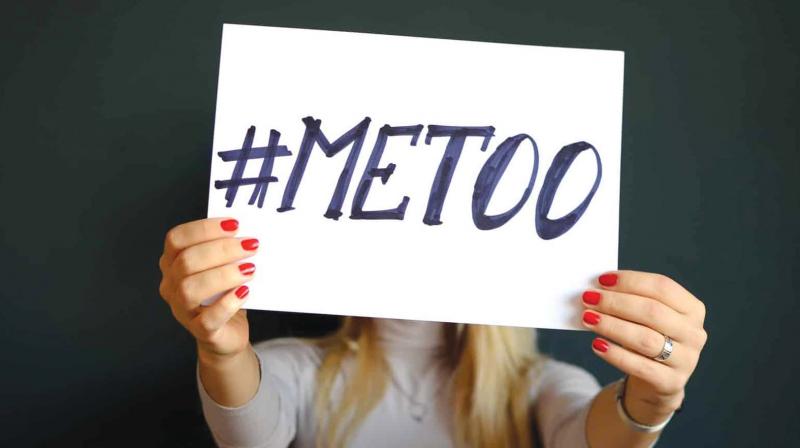 Women who are speaking out today are doing so only after having negotiated the hierarchies of power and who have achieved some level of inner confidence to speak.

The first time the term sexual harassment emerged was in the mid-1970s when the New York Times in 1975 ran a story with the headline, “Women begin to speak out against sexual harassment at work”. In India, the Supreme Court first accepted that sexual harassment exists in the workplace in August 1997 and recognised the need to address this issue through legislative measures in its landmark judgment of Vishakha vs State of Rajasthan, which means that legislative guidelines have been in place for more than two decades and it is more than five years since the enactment of the Sexual Harassment of Women at Workplace (Prevention, Prohibition and Redressal) Act, 2013. Yet, it is only now — with #MeTooIndia — that women are finding the courage to speak out.

For those of us who work on the issue of sexual harassment at workplace, we know that it is one of the most under-reported forms of violence against women. We know its pervasive nature and know how quickly a report of this nature can become fodder for lunchtime gossip and speculation. In fact, the fear of repercussions and further victimisation are some of the most significant reasons that women do not report harassment at workplace, sometimes even preferring suicide, like Sangeetha Sharma, an advocate practising at the Hyderabad high court who committed suicide after being sexually harassed by her senior.

Women who are speaking out today are doing so only after having negotiated the hierarchies of power and who have achieved some level of inner confidence to speak. They are finding collective voice, using social media as the platform to amplify their stories. But there are many more stories that remain unheard, untold and un-responded. They are the ticking time bomb, which corporate India cannot defuse by merely downloading apps and sharing PPTs from websites with employees. Because when a colleague at work in the midst of the #MeToo environment happily tells me that the green tea I drink is taking effect on my figure, and I want to smack the admiration from his face, I am left wondering how many words the definition of sexual harassment must contain for it to be clearly understood by all.

The 2013 law is a legal tool to address sexual harassment in the workplace. It mandates that all employers or persons in charge of a workplace, whether in the public or private sector, should take appropriate steps to prohibit, prevent and redress sexual harassment. The setting up of an internal complaints committee is the redressal mechanism in the formal sector. Many large business houses and public sector enterprises will answer in the affirmative if you ask them if they have set up a complaints committee. Probe a little more and they will claim sexual harassment does not exist in their offices, because no woman has raised a formal complaint with the committee. Ergo, the problem is out there, not in here.

Lack of complaints in no way implies there have been no incidents. In numerous trainings conducted by Martha Farrell Foundation, women have expressed the daily acts of sexual harassment, often including physical assault and sexual abuse they suffer, but are at a loss as to whom they should speak to about it. Hidden away in her silence at the workplace are the many challenges that she faces in her daily life. The fear of losing an income that is necessary if her children are to study in a good school, the fear of being branded a troublemaker, the loss of freedom because she will be asked to stop going to work by conservative families. In the safe space created in the participatory trainings we conduct, it is as if a dam breaks, and her submissive silence is replaced with the first stirrings of courage.

Most organisations choose to deal with the challenge of sexual harassment at workplace through trainings of their female employees and orientation of committee members by a lawyer on how to avoid a legal suit should a complaint arise. This is not sufficient to prevent it. Sexual harassment is behaviour, and adults — both men and women — are responsible for their own behaviour and its consequences. One needs more than an hour’s training on the law or some colourful slides to change behaviour. You need an orientation that helps you recognise the likely consequences of your behaviour and tools that support you to alter your actions accordingly. Clearly, there needs to be a discussion on the many meanings of what is sexual harassment and it must be done with both men and women. As the late

Dr Martha Farrell used to say, men need to consider their behaviour, because what men consider natural may not be seen the same way by women.

Corporate India needs to recognise that setting up a complaints committee is merely the first step in dealing with sexual harassment. It addresses a legal requirement, without curing the disease. Giving priority to meaningful orientation of employees and committee members, and creating a supportive environment, where women feel safe to work and to report incidents, is a necessity. After all, prevention is better than cure.