Domestic and industrial sectors accounts for approximately 10 per cent (24.71 BCM) of the annual utilisation, according to the data. 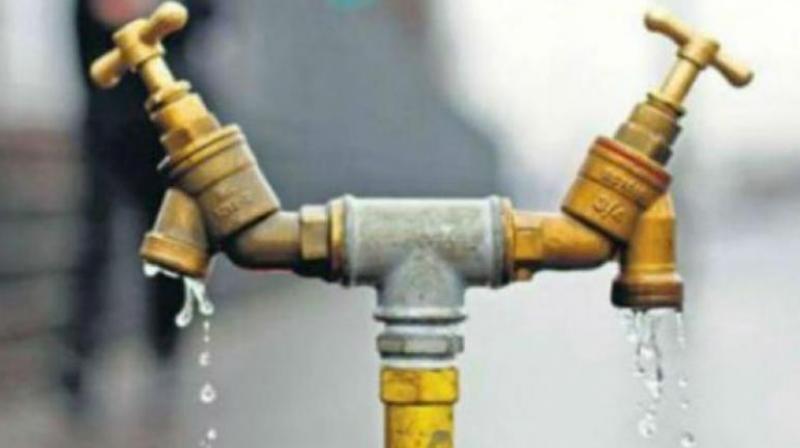 More worrisome is the fact that from the 2011 levels it is expected to further fall by another 13 per cent to 1,340 m3 per year by 2025. (Representational image)

New Delhi: With water scarcity across the country already threatening to touch alarming proportions, even the Centre has acknowledged that there is a progressive reduction in levels of the precious mineral in terms of per capita availability.

According to the official data of ministry of water resources, from 2001, when the average annual per capita availability of water in the country was 1,816 m3 per year, it had significantly reduced by 15 per cent to come down to 1,545 m3 per year by 2011.

Top officials in the ministry said that ground water levels in various parts of the country are declining because of continuous withdrawal due to reasons such as increased demand of fresh water for various uses, vagaries ofrainfall, increased population, as well as industrialisation & urbanization.

Domestic and industrial sectors accounts for approximately 10 per cent (24.71 BCM) of the annual utilisation, according to the data.

This sinister scenario is in addition to the grim picture which government think tank Niti Aayog had painted, when in its composite water index released earlier this year, it had forecasted that 21 cities including Delhi, Bengaluru, Chennai and Hyderabad will run out of groundwater by 2020, affecting 100 million people.

According to the water index, by 2050, there will be an approximately six per cent loss in GDP owing to depleting water levels. Also the demand for potable water will outstrip supply by 2030 if urgent remedial steps are not taken.

The index had also pointed out that around 600 million Indians faced high to extreme water stress and about 2 lakh people died every year due to inadequate access to safe water.