The fight broke over the issue of tearing of posters and the brother of a Congress candidate was injured, the police said. 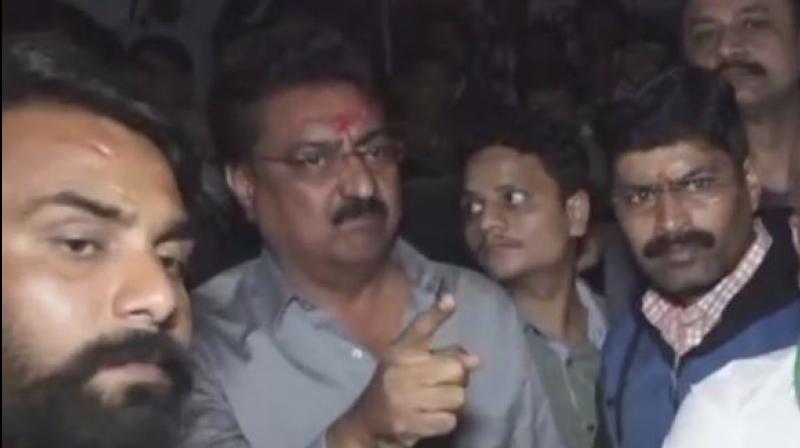 A large group of Congress workers rushed to the residence of Rupani and they wanted to take law in their hands, the police said. (Photo: ANI/Twitter)

Rajkot:  Three Congress workers were detained by the police on Saturday night outside the residence of Gujarat Chief Minister Vijay Rupani in Rajkot when a mob of opposition party workers rushed there, after the brother of Congress candidate Indranil Rajyaguru was injured in scuffle with BJP workers.

Police also indulged in baton charge to disperse the mob.

Vijay Rupani is contesting polls from his Rajkot West seat against Mr Rajyaguru. Elections will be held in Rajkot on December 9.

"Scuffle broke out between Congress and BJP workers over the issue of tearing of posters. Brother of Rajyaguru, Deep was injured in the the scuffle," Joint Commissioner of police Dipak Bhatt told reporters.

"Rajyaguru with a large group of Congress workers rushed to the residence of Rupani. We tried to reason it out with him but they wanted to take law in their hand," Mr Bhatt said.

"We have detained three people so far", he said adding that they used necessary force to control the situation.

Mr Rupani was at his residence when the incident took place.

Heavy police security has been put in place at the residence of the chief minister.