India   All India  03 Dec 2017  ‘I am Shehzad, not Shehzada’, Poonawalla attacks Rahul Gandhi
India, All India

‘I am Shehzad, not Shehzada’, Poonawalla attacks Rahul Gandhi 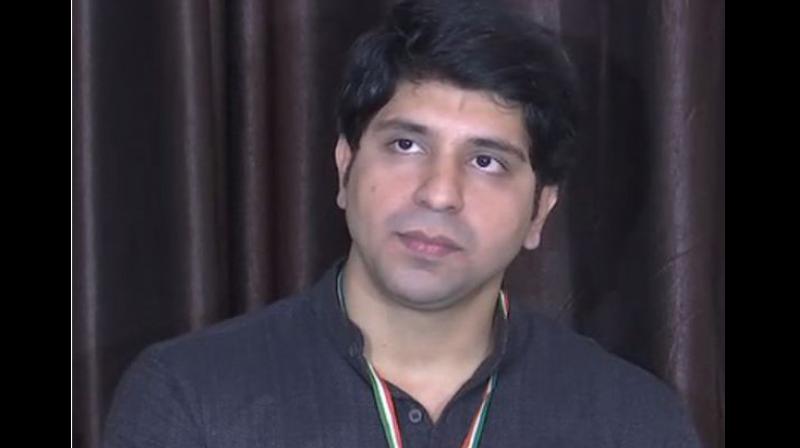 Poonwala said that Congress Party had 'no place for Shehzad [himself], but for shehzada [Rahul Gandhi].'(Photo: ANI)

New Delhi: Maharashtra Congress Secretary Shehzad Poonawalla on Sunday furthered his attack against party vice-president Rahul Gandhi and dubbed him 'shehzada', in line with the Bharatiya Janata Party's (BJP) repeated jibes referring to him by the same moniker.

Speaking to media, Poonwala said that Congress Party had "no place for Shehzad [himself], but for shehzada [Rahul Gandhi]."

"I have been trying to raise the most important issue of dynastic politics and fair opportunity to the non-dynasts within the party for the past six to eight years. I also wrote to Rahul ji on this. Instead of answering my claims about delegates being fixed and one family one ticket rule - they are making baseless allegations against me that I am a BJP agent. I have to become a whistle-blower. I am not spineless like the other Congress leaders," he said.

"Main Shehzad hoon, shehzada nahin. [I am Shehzad Poonawalla, not a prince like Rahul Gandhi]. They don't have a place for me," he added.

Rubbishing Congress' claims that he was not a party leader, Poonawalla said, "If I was not a member of the Congress Party, why does my name appear in a letter signed by Ashok Chavan in April 2016 appointing me as Maharashtra Pradesh Congress Committee secretary?"

He showed the letter to the media as the proof.

Poonawalla also thanked Prime Minister Narendra Modi for praising him for his bravery and said, "The person whom I criticised [PM Modi] is supporting me, while the party [Congress] for which I gave my life is criticising me and saying that I am not a member of it."

Earlier in the day, Prime Minister Modi endorsed Poonawalla's allegations and called out Congress for the lack of "internal democracy" within.

"A youngster Shehzad has exposed the rigging that is taking place in the Congress president poll. And Shehzad is a senior Congress leader in Maharashtra. The Congress Party has tried to muzzle his voice and wants to even remove him from their social media groups. What tolerance is this!" the prime minister said, addressing a rally in Gujarat.

Also, speaking to ANI earlier, Poonawalla had appropriated Sardar Vallabhbhai Patel and the party's alleged non-allegiance towards him and said, "I did not raise my voice for the party ticket. I don't want the president post in Congress. I only said that we must try to end the dynastic politics and we must have elections for the president post, not the selection or coronation of Rahul Gandhi. When I raised my voice for this, they said I was not a party member. If Sardar Patel was insulted by Congress leadership back then, I feel the same way today."

On a related note, the BJP has been attacking Congress on the same lines, alleging it of having sidelined Sardar Patel in the party cadres.

The fight over Sardar Patel's legacy escalated on October 31, when Prime Minister Narendra Modi attacked Congress for having tried to "run down and erase" the former's contributions to the unification of the country after Independence.