O'Brien makes these observations in his book 'Inside Parliament: Views from the Front Row', which is a collection of his political essays. 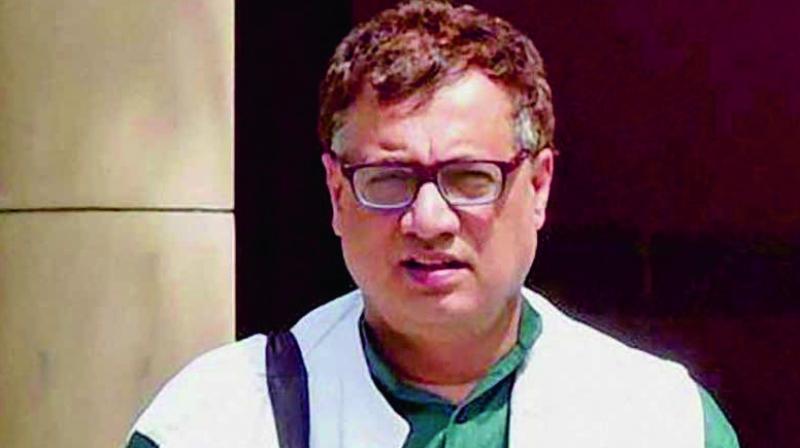 Derek O'Brien said, "Don't let the BJP make it a contest around polarising issues like beef, pseudo-nationalism or some such prime-time, made-for-TV-and-Twitter agenda," (Photo: File)

New Delhi: Trinamool Congress leader Derek O'Brien believes the BJP and Narendra Modi can be stopped in 2019 and offers a three-step approach that includes not making the elections a contest between Modi and "a single alternative candidate".

He also says that the "false rhetoric built around a 10-letter word, corruption is increasingly being questioned" and it is for the opposition parties to set the frame right by building an alternative narrative around another 10-letter word; competence.

"And on this the BJP can't win," he asserts.

To stop Modi, the Opposition needs to make a realistic assessment of national alternatives to the BJP, as well as regional opportunities and challenges for that party, and then strategise.

"In the run-up to 2019, I offer a three-step approach," the Rajya Sabha member suggests.

"Don't let the BJP make it a contest around polarising issues like beef, pseudo-nationalism or some such prime-time, made-for-TV-and-Twitter agenda," he adds.

O'Brien makes these observations in his book 'Inside Parliament: Views from the Front Row', which is a collection of his political essays.

His second suggestion is: consider where the BJP juggernaut was stopped in 2014 and chalk out a plan accordingly in those states.

"Wherever the Congress can provide strong and rooted state leaders, willing to work hard, it will lead the battle and be relevant. Otherwise, parties that which are strong in

individual states will shoulder responsibility. It's a joint effort," O'Brien writes in the introduction of the book, published by HarperCollins India.

The third approach, according to him, is urging people to judge the government's performance based on its policies.

"Let's talk jobs, demonetisation scam, hasty GST rollout, farmer suicides, prices, economy. The BJP will try and divert attention with a fake narrative, but the Opposition has to be disciplined in keeping the 2019 election to be a referendum on the Modi government's policies," he writes.

There are 46 essays in the book divided into five sections, parliamentary affairs, state of the nation, saying it like it is, the economics of it, and the greater common good.