The AAP, expectedly, plans to focus on middle class voters and the deprived sections of society for the Lok Sabha elections. 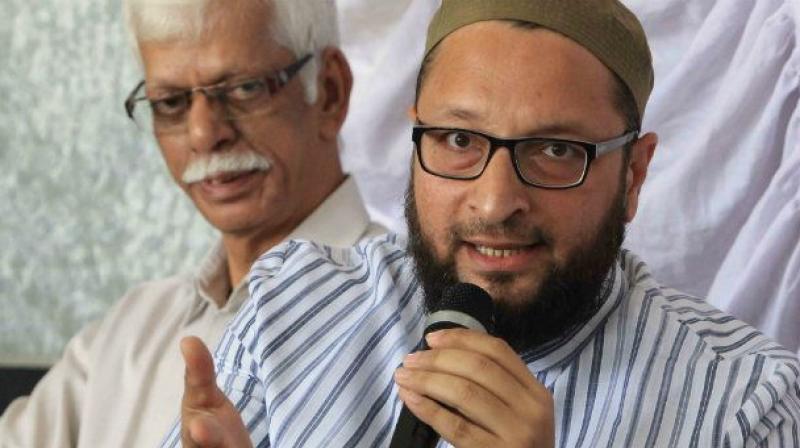 The AIMIM has won a total of 26 seats across the state and ranked second in the mayoral election in Ferozabad.

Both the parties have won seats in nagar panchayat and nagar palika parishad which could now cause a further division in anti-BJP votes in the state.

The AIMIM has won a total of 26 seats across the state and ranked second in the mayoral election in Ferozabad. The party votes could give a major cause of worry to the SP, BSP and Congress — all of which have been eyeing Muslim votes.

The AIMIM is now planning to position itself as a viable alternative for Muslim and dalits voters, threatening the prospects of other secular forces.

State convenor of AIMIM Shaukat Ali said, “The results will set to rest all speculations about AIMIM being a BJP agent in UP. We contested only one mayoral seat in Ferozabad and reached the second position. AIMIM also won 26 seats — 10 in Ferozabad and rest in Kanpur and Allahabad which proves that we have a pan-UP presence.”

Buoyed up by its performance, the AIMIM now plans to consolidate its position by making an early selection of candidates for the 2019 Lok Sabha elections.

The AAP, on the other hand, made its electoral debut in the municipal elections and won 19 seats in Nagar panchayats, 17 in Nagar Palika Parishad and also got two posts of Nagar Panchayat chairperson in Bijnore and Banda.

State spokesman for AAP Vaibhav Maheshwari said, “This was our first full-fledged election and our performance has been encouraging. We did not have adequate resources and we contested against all odds — missing names in voters’ list, bogus voting and EVM malfunctioning. We will now gear up for the Lok Sabha elections and hope to emerge as a force to reckon with.”

The AAP, expectedly, pla-ns to focus on middle class voters and the deprived sections of society for the Lok Sabha elections.

Political analysts feel that if parties like the AAP and AIMIM gain ground in Uttar Pradesh, they will directly hit the Samajwadi Party, which continues to bank on minority voters and BSP which depends on dalit vote base for its revival and survival.