Rakesh Asthana is CBI’s interim head as no chief named

This is the first time in the last 10 years that no CBI chief has been named to succeed the outgoing officer. 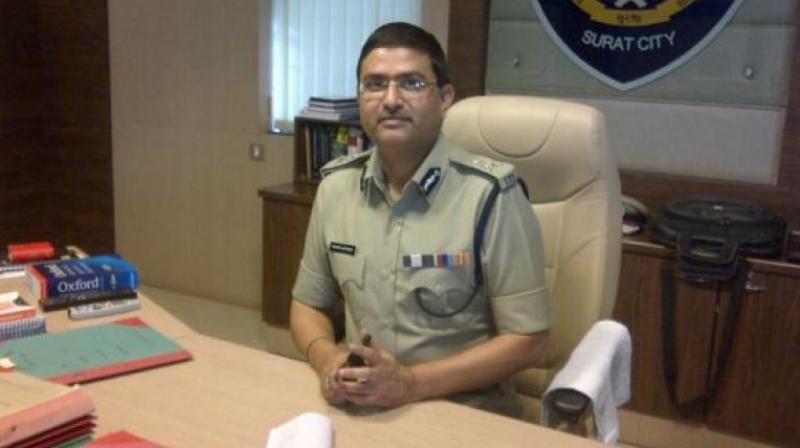 New Delhi: In a move that could trigger a political storm, the Centre after nearly a decade, has not named a full-time CBI director giving additional charge to Rakesh Asthana — a Gujarat-cadre IPS officer from the 1984-batch. Mr Asthana was elevated to the number two position in the investigating agency only two days ago. In an equally swift and surprising move, the Centre had shifted the then second most senior officer Rupak Kumar Dutta — a 1981-batch IPS officer of the Karnataka Cadre — to the Home Ministry as special secretary. Mr Dutta was considered one of the frontrunners for the top job.

An order issued by the department of personnel and training on Friday said that Mr Asthana was given the additional charge as director, CBI “with effect from the date of relinquishment of charge by Anil Kumar Sinha on completion of his tenure with immediate effect and until further orders”. Mr Asthana is in-charge of investigating important cases like the AugustaWestland chopper deal and cases against liquor baron Vijay Mallya. He was also police commissioner of Vadodara and Surat and has worked with the present dispensation at the Centre. Mr Asthana, who had earlier served in the CBI as superintendent of Police (Dhanbad) in 1994, was one of the key investigators in the infamous fodder scam. In 1997, Mr Asthana had arrested RJD supremo Lalu Prasad Yadav in the case.

This is the first time in the last 10 years that no CBI chief has been named to succeed the outgoing officer. Mr Sinha completed his two-year tenure on Friday. The last time a new CBI director was not appointed immediately was in 2001, when Dr R.K. Raghavan retired as CBI director. The government chose to not name his successor immediately, but gave additional charge to the seniormost special director at that time — P.C. Sharma.

Earlier, the appointment of Ashwani Kumar as director of the agency in August 2008 was controversial, as he had pipped agency veteran M.L. Sharma, one year his senior, to the post. This was objected to by the then Opposition parties, including the BJP.

After the enactment of the Lokpal Act  — meant to give more teeth to the CBI — the director of the agency has to be appointed by a collegium of the Prime Minister, the Chief Justice of India or his nominee and the leader of the Opposition. Sources said that the Centre has prepared a list of senior IPS officials on the country (from 1979 to 1982 batches). However, Mr Asthana is not even on the panel of about six officers in line to be the next chief.  According to the Supreme Court guidelines, officials with experience in anti-corruption or CBI from the four seniormost batches of the IPS cadre will be empanelled, following which a screening of three officers would be sent to the collegium.

Before relinquishing the charge, Mr Sinha in an informal interaction with mediapersons said his team of officers performed exceedingly well. He said the onus of any shortcomings in the working of the agency was on him, but the credit for any success went to his team. “Anti-corruption endeavours have increased during the last two years, which should be a deterrent to corrupt people,” Mr Sinha said. Mr Sinha proved to be a soft-spoken, yet assertive leader for the agency and guided the investigation in a number of important cases like the Sheena Bora murder case and Vijay Mallya loan default case.