Income Tax searches were conducted on the office and residential premises of Shah in the last two days, but he was nowhere to be found. 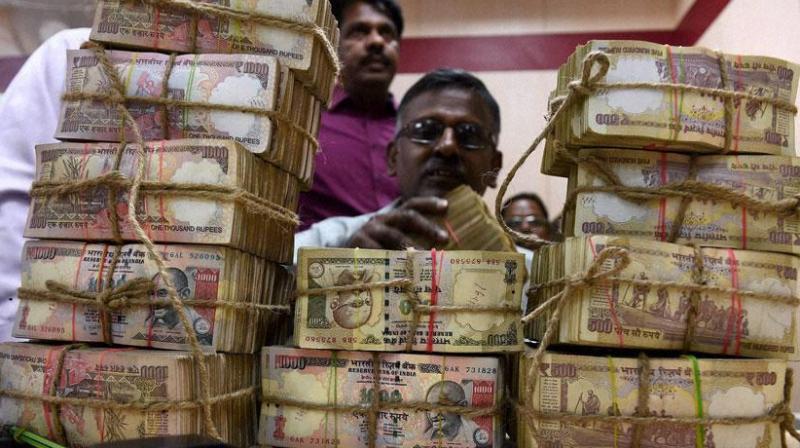 Income Tax searches were conducted on the office and residential premises of Shah in the last two days, but he was nowhere to be found. The I-T sleuths also swooped down on premises of his Chartered Accountant firm Appaji Amin.

Though, the I-T Department is tight-lipped about the searches, Shah’s CA Tehmul Sethna, who is a partner in Apaji Amin & Co, informed the media about the searches carried out at various places, including on the premises of those connected with his client (Mahesh Shah’s friends).

I-T department officials could not be contacted even after several attempts.

The search operations were conducted on November 29, 30 and December 1, Sethna told mediapersons.

According to him, Shah was untraceable after these searches.

In his statement to media, Sethna claimed Shah made a disclosure of Rs 13,860 crore of cash under the IDS scheme. The IDS scheme was closed on September 30.

"Shah was in my touch since 2013 and took our advice on several occasions in the past. He was not my regular client. He was mainly into land dealings. When IDS scheme was declared, I advised him to make the disclosure for peace of mind, as he is almost 67-year-old and is not keeping well due to some heart related ailments," said Sethna.

"After taking guidance from senior I-T officials, he made a disclosure of Rs 13,860 crore cash under the IDS scheme. He was supposed to pay Rs 1560 crore, which is 25 per cent of 45 per cent tax on the disclosed amount, as the first instalment. Though November 30 was the last date, he failed to deposit the instalment with I-T department," said Sethna.

According to Sethna, there is possibility that Shah never had such a huge amount with him when he made the declaration.

"When I-T department conducted an enquiry, they started doubting Shahs capacity to pay the instalment by the due date. Thus by November 28, I-T department cancelled his IDS Form-2 and initiated search operations the next day. I gave my full co-operation to them and showed all the papers related to Shah, who is untraceable after the searches," he said.

"Though I knew that Shahs financial condition was not sound, I did not doubt anything because he himself claimed to have such huge money which he wanted to declare under IDS. Ultimately, client has to show money, otherwise, I-T department will step in. I now believe that Shahs disclosure was suspicious," Sethna said.