The Centre has vehemently denied the charge of the Army collecting money at toll plazas in West Bengal. 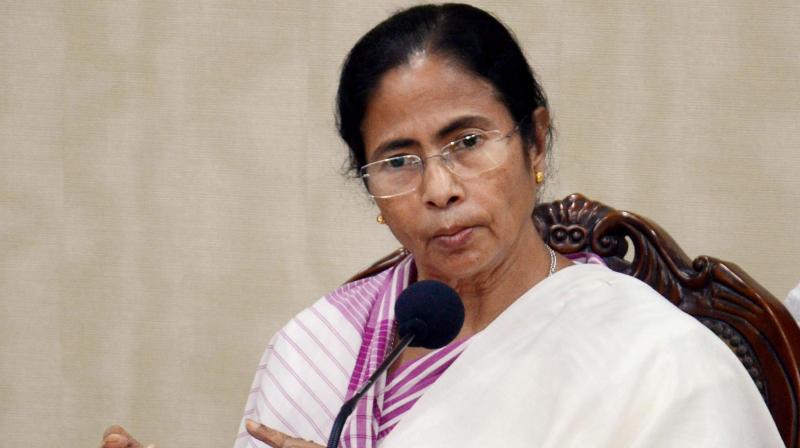 New Delhi/Kolkata: Trinamul Congress supremo and West Bengal chief minister Mamata Banerjee opened yet another front against the Narendra Modi government at the Centre by questioning the presence of the Army at toll plazas in West Bengal and staging a sit-in at the state secretariat in Kolkata against what she alleged was an “Army coup”. On Friday, the row rocked Parliament, where Trinamul members alleged sinister designs behind the move.

Ms Banerjee has been trying to assume the leadership of an alternative front to the Congress and the BJP with an eye on the 2019 general election. She has already locked horns with the Narendra Modi government over the demonetisation move and had on Thursday accused the Centre of “hatching a conspiracy” to “kill her” by refusing permission to the aircraft in which she was travelling to land in Kolkata on an emergency basis despite it being short on fuel.

She has also led protests in many parts of the country over the scrapping of the Rs 500 and Rs 1,000 currency notes and had led a march to Rashtrapati Bhavan at the beginning of the Parliament session.

The Centre has vehemently denied the charge of the Army collecting money at toll plazas in West Bengal. Leading the defence from the government side, defence minister Manohar Parrikar said it was a routine exercise, and that it was very unfortunate that the Army had been dragged into an unnecessary controversy.

The Army, on its part, said it was wrong to say that its personnel were deployed at toll plazas and collecting money without keeping the state government in the loop, and said the exercise was done in coordination with the state government. Army sources said that the allegations of collection of money by Army personnel were totally baseless. It said Army units in the Eastern Command were conducting a routine annual data collection exercise at the local level on the availability of load carriers at major entry points.

This, the Army explained, was in coordination with local police authorities. The exercise was earlier planned for November 27-28, but the date was changed to November 30 on a specific request by the Kolkata Police due to the nationwide Opposition protests called on November 28.

The Army personnel, comprising five to six persons at each point, were unarmed and were only collecting data on heavy vehicles. This was an annual exercise, and had been conducted in the Eastern Command areas last year too, at the same locations, on November 19-21, 2015.

A similar exercise was carried out in Jharkhand, Uttar Pradesh and Bihar between September 26 and October 1, 2016 under the South Western Command.

The issue also reverberated in Parliament, with it being raised in both Houses, with the Congress, Bahujan Samaj Party and Samajwadi Party throwing their weight behind Trinamul Congress members in seeking clarifications from the government on the Army deployment.

In the Lok Sabha, Mr Parrikar said the deployment was a “routine exercise” not limited to West Bengal, and that similar operations to collect information on heavy vehicle movement that can be used during national emergencies had last month being conducted in UP, Bihar and Jharkhand.

“It is shocking that a chief minister is saying this. The Army’s deployment was part of a routine exercise which has been going on for the last 15-20 years. Even last year it was held between November 19 to 21,” he said.

The defence minister said that the concerned officers were informed in West Bengal. “It was very unfortunate the Army has been dragged into an unnecessary controversy,” Mr Parrikar said. “It was political frustration rather than projection of the correct situation.”

In Kolkata, meanwhile, Trinamul MLAs and ministers also held a dharna outside Raj Bhavan. Ms Banerjee had stayed at the state secretariat “Nabanna” Thursday night, demanding the withdrawal of Army personnel from all toll plazas in the state. “I will stay at the secretariat to guard our democracy... Is this a military coup?” she had asked.

“The Army is deployed without informing the state government. This is unprecedented and a very serious matter,” she said. Ms Banerjee finally left the secretariat on Friday evening after spending over 30 hours there, and accused the Modi government of making a “wrong and concocted” statement in Parliament on the deployment of the Army. Ms Banerjee said her voice could not be stifled by “hatching conspiracy and showing force”, and said the state government would take legal recourse if the Army personnel were not withdrawn from all toll plazas in the state.

The Army also released letters written to the West Bengal government on the exercise. “It is happening in nine states now across 80 locations,” GOC Bengal area (officiating) Maj. Gen. Sunil Yadav said. Reacting to CM’s allegations on collection of money, he said: “We deny all the charges with all contempt.” He added: “Allegations of collection of money by Army personnel are also totally baseless.”