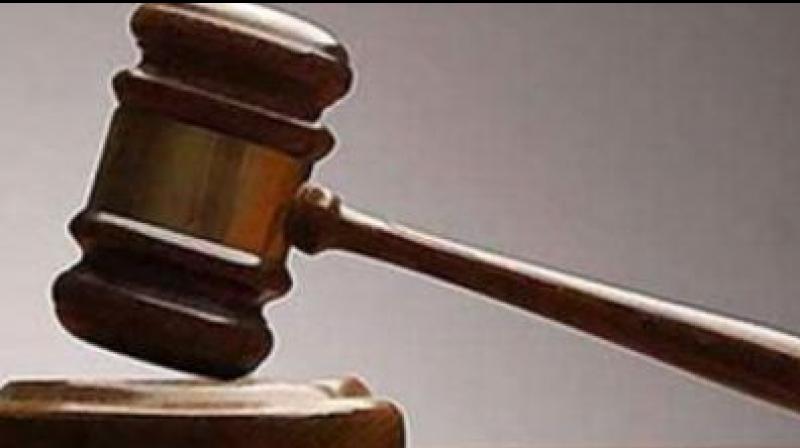 A bench of Justices L Nageswara Rao, Hemant Gupta and Ajay Rastogi said, We don't want to exercise our jurisdiction at this stage but we are not happy that recommendation made by the government is pending for two years.

New Delhi : The Supreme Court Tuesday expressed unhappiness over the pendency of a plea by a convict seeking pardon in the Rajiv Gandhi assassination case for over two years with the Tamil Nadu Governor.

The top court asked the counsel for petitioner A G Perarivalan, who is serving life sentence, whether the court can exercise its jurisdiction under Article 142 of the Constitution to request the Governor to decide his plea of pardon filed under Article 161. Article 161 empowers a Governor to pardon a convict in any criminal case.

A bench of Justices L Nageswara Rao, Hemant Gupta and Ajay Rastogi said, We don't want to exercise our jurisdiction at this stage but we are not happy that recommendation made by the government is pending for two years.

The bench was hearing a plea of 46-year-old A G Perarivalan who has sought suspension of his life sentence in the case till the CBI-led Multi-Disciplinary Monitoring Agency (MDMA) probe is completed.

During the hearing, the bench told senior advocate Gopal Shankarnarayanan, representing Perarivalan, that the Governor has to act on the aid and advice of the council of ministers. But if the Governor does not pass order, what the court can do, you tell us.

It asked Shankarnarayanan to apprise the court as to how it can request the Governor to take decision and what are the laws on the issue.

The top court then asked advocate Balaji Srinivasan, appearing for Tamil Nadu, as to why the state government cannot request the Governor to pass order without any specific order from this court?

Srinavasan said that Governor had sought report of the MDMA.

The bench then told ASG K M Nataraj, appearing for Centre, as to whether any request has been made by the state to send the report of MDMA.

He replied that the larger conspiracy probe is going on and the investigation is spread over various countries like in United Kingdom and Sri Lanka.

The bench told the ASG that the larger conspiracy theory is to find out if any other person, besides those convicted in the matter, are involved in this.

It is not with respect to those who are convicted and are in jail. You look at it, the bench told Nataraj, adding that the larger conspiracy probe is pending for almost 20 years.

It said that even after almost two decades of probe in the larger conspiracy aspect, the Centre is saying that it is in the process of getting response for Letter Rogatories (letters of request from a court to a foreign court for some type of judicial assistance) sent to various countries.

You (Nataraj) look at it and tell us, the bench said, while posting the matter for further hearing on November 23.

The bench allowed the petitioner and the Union of India to file additional documents, if any in the matter.

The state government had earlier told the top court that that the Cabinet has already passed a resolution on September 9, 2018 and recommended to the Governor for the premature release of all seven convicts in the case.

On January 21, the apex court had asked the state government to inform whether a decision has been taken by it on a pardon petition of a convict in the case.

The MDMA was set up in 1998 on the recommendations of the Justice M C Jain Commission of Inquiry which had probed the conspiracy aspect of Gandhi's assassination.

Perarivalan's counsel had earlier said his role was only limited to procuring nine-volt batteries, which were allegedly used in the improvised explosive device (IED) that had killed Gandhi.

On March 14 last year, the apex court had asked the MDMA to file a status report with regard to a LRs sent to Sri Lanka for examining one of the accused, Nixon alias Suren, who is lodged in a Colombo jail.

The top court had earlier dismissed a plea of Perarivalan seeking recall of the May 11, 1999, verdict upholding his conviction.

It had said the material brought on record before it does not inspire confidence to interfere with the verdict in which Perarivalan and three others were initially awarded death sentence, which was later commuted to life term.

The CBI had earlier submitted that Perarivalan had even visited Jaffna in Sri Lanka in the first week of June 1990, besides attending a public meeting along with other conspirators which was addressed by former Prime Minister V P Singh on May 7, 1991 in Tamil Nadu.

Perarivalan's counsel had submitted that he was just a 19-year-old when the incident took place and had no knowledge of what he was doing and for what purpose the batteries were purchased.

Gandhi was assassinated on the night of May 21, 1991 at Sriperumbudur in Tamil Nadu by a woman suicide bomber, identified as Dhanu, at a poll rally.

Fourteen others, including Dhanu herself, were also killed. Gandhi's assassination was perhaps the first case of suicide bombing which had claimed the life of a high-profile leader.

In its May 1999 order, the top court had upheld the death sentence of four convicts -- Perarivalan, Murugan, Santham and Nalini -- in the assassination case.

In April 2000, the Tamil Nadu governor had commuted the death sentence of Nalini on the basis of the state government's recommendation and an appeal by former Congress president and Rajiv Gandhi's widow Sonia Gandhi.

On February 18, 2014, the top court had commuted the death sentence of Perarivalan to life imprisonment, along with that of two other prisoners -- Santhan and Murugan -- on the grounds of 11-year delay in deciding their mercy pleas by the Centre.