The 230-member Madhya Pradesh Assembly will have single phase polling on November 28. 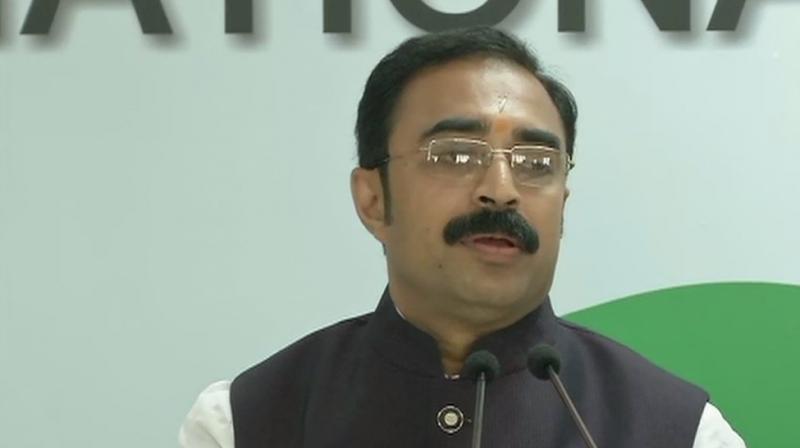 New Delhi: Sanjay Singh Masani, who is brother-in-law of Madhya Pradesh Chief Minister Shivraj Singh Chouhan joined Congress ahead of the Assembly elections in the state.

Masani, the brother of Chouhan's wife Sadhana, was formally inducted into the party in the presence of Madhya Pradesh Congress chief Kamal Nath and campaign committee chief Jyotiraditya Scindia.

"Madhya Pradesh does not need Shivraj but Nath. We all know how Chhindwara has been developed and is identified with Kamal Nath. The state also needs to be identified with him," Masani said.

"Rising unemployment and lack of industry are two major problems in the state and the Chouhan government has done nothing all these years," he added.

"BJP is now all about dynasty and nepotism. Most of the candidates fielded by BJP are sons and daughters of MLAs or MPs. Those who work for the party are being neglected for the sake of dynasty politics," he said.

He lashed out at the BJP for ignoring "kaamdars" (those who toil) at the cost of "naamdars" (big names), he said he should not be projected as a family member of Chouhan but only as his relative.

The 230-member Madhya Pradesh Assembly will have single phase polling on November 28.