The letter, dated October 29, was sent to the party's headquarters here and carries the name of a Keralite, Mohan K Nair. 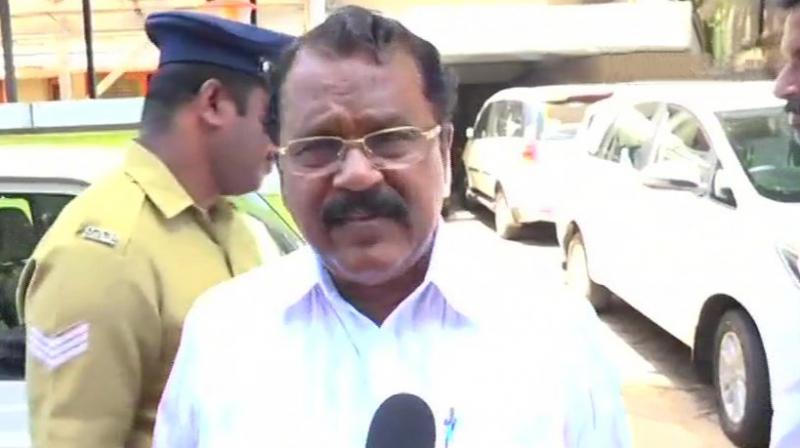 Thiruvananthapuram: The BJP's Kerala unit president P S Sreedharan Pillai has received a death threat, the party said Saturday. The threat was received through a letter, sent by speed post from Maharashtra, a BJP release said.

The letter, dated October 29, was sent to the party's headquarters here and carries the name of a Keralite, Mohan K Nair.

He has said he would be reaching Kerala on November 1 and will be joining Pillai during the 'Sabarimala protection rathyatra' from Kasaragod, according to the release.

The rathyatra from November 8-13 to save the temple's traditions and customs is led by Pillai and Bharat Dharma Jana Sena (BDJS) leader Thushar Vellappally, according to BJP sources.

BJP and various Hindu outfits are on the warpath against the left government over its decision to implement the Supreme Court verdict allowing women of menstrual age to enter the shrine.