India   All India  03 Nov 2018  'Have mercy on us; send him home': Sharda University student's parents appeal to ISIS
India, All India

'Have mercy on us; send him home': Sharda University student's parents appeal to ISIS

Ehtesham, a first-year student at Sharda University, went missing on Oct 28 after he left campus with official permission to go to Delhi. 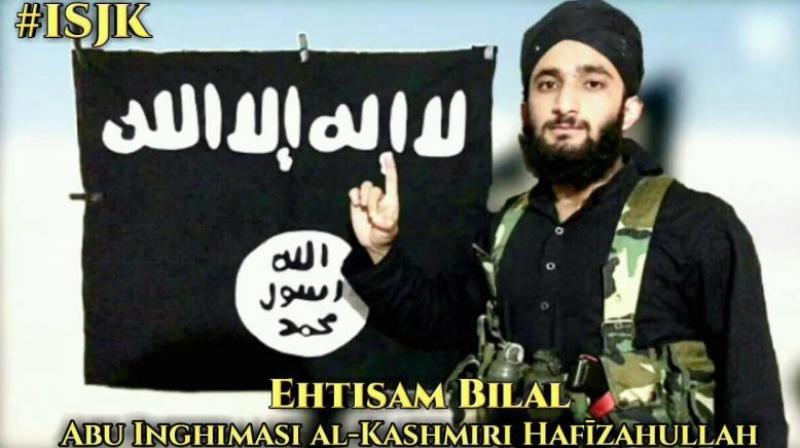 Sofi said that his son has joined the militant ranks against the will of his parents tantamount to their disobedience which is strictly forbidden by Islam. (Photo: Facebook/@kmrlife)

Srinagar: The family of Ehtesham Bilal Sofi, the 17-year-old student of Sharda University in Greater Noida who has reportedly joined the ranks of Islamic State Jammu Kashmir (ISJK), an outfit influenced by the ISIS ideology, on Saturday appealed him to shun the gun and return home.

His father Bilal Ahmad Sofi with folded hands made a fervent appeal to the outfit to allow his son to return home. “He is young and naive and should be allowed to return to his parents. The entire family has been devastated after learning about him having turned to the gun,” he told reporters at his residence in Srinagar’s Khanyar area.

Sofi said that his son has joined the militant ranks against the will of his parents tantamount to their disobedience which is strictly forbidden by Islam. “According to Islam, the heaven lies under the feet of mother and the father is the door to it (heaven),” he sought to remind his son in a bid to persuade him to return home. He added, “Also your mother has fallen ill as she is in a state of shock and disbelief and has not eaten anything since you went missing.”

Ehtesham, a first-year student at Sharda University, went missing on October 28 after he left the campus with official permission to go to Delhi.

Earlier on October 4, he was mistakenly roughed up during a scuffle between Indian and Afghan students in the campus. A missing complaint was registered in the case at the Knowledge Park police station in Greater Noida as well as at Khanyar police station in Srinagar.

He added that it was more tragic if the assault at Sharda University led him to choose the path of militants. “If what happened to him at #ShardaUniversity has lead him to choose such a destructive path it’s even more tragic. One more life on the path to ruin and one more family in turmoil,” Abdullah wrote on micro-blogging site Twitter.com.

The police officials here said that they have taken cognizance of Ehtesham’s joining the JKIS and begun investigations into the case. Earlier the UP Anti-Terrorist Squad (ATS) had said it has been tracking the case since October 28 and has taken cognisance of the photos.

"We are in touch with Jammu and Kashmir police. We are tracking the footprints of the boy from Greater Noida to Kashmir," Inspector General, ATS, Asim Arun told PTI.

Ehtesham’s family said in an appeal to the militants said. “For Allah’s sake send him home. Have mercy on us”.