India   All India  03 Nov 2018  AAP calls EC 'B team of BJP'; sticks at claims of deletion of names from voters' list
India, All India

AAP calls EC 'B team of BJP'; sticks at claims of deletion of names from voters' list

Arvind Kejriwal had met OP Rawat Friday and alleged that names of party supporters had been deleted from the voters' list. 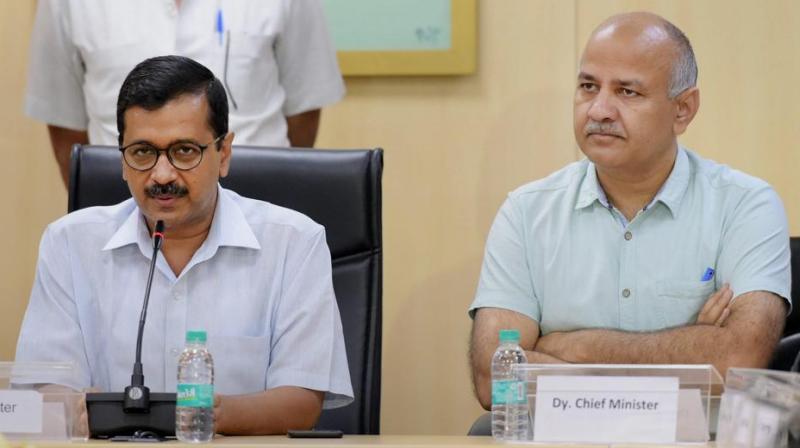 The Election Commission is working as a 'B team of BJP'," Sisodia said in a press briefing. (Photo: File)

New Delhi: The ruling AAP in Delhi continued to attack the Election Commission over reported deletion of names from voters' list, with Deputy Chief Minister Manish Sisodia terming the poll body as the "B team of BJP".

AAP convener and Chief Minister Arvind Kejriwal had met Chief Election Commissioner O P Rawat Friday and alleged that names of party supporters had been deleted from the voters' list.

He had claimed that the poll panel informed him that 10 lakh voters' names were deleted and 13 lakh were added since the last assembly election in Delhi in 2015.

A spokesperson of the Commission, however, said the poll body never confirmed that names of 10 lakh voters were deleted from the list. "BJP is getting names deleted for the fear of defeat.

"If on an average, 15,000 names were deleted from each of the 70 assembly constituencies, the total would be 10 lakh names," the deputy CM said.

The AAP leader added that most of the names were deleted on the pretext of change in address despite the fact they were living on the same address. He also cited details of nine such voters.