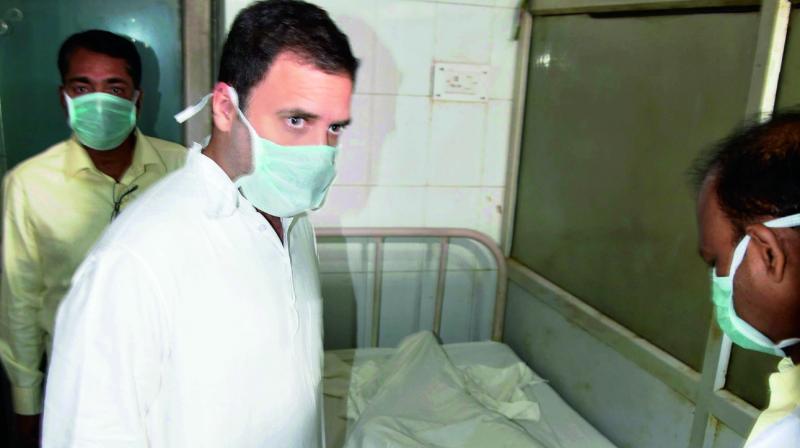 Lucknow: The death toll in the NTPC boiler blast in Rae Bareli has escalated to 30 with more injured workers succumbing to burn injuries.

The doctors have said that the toll was likely to rise further as more than a dozen contractual laborers were battling for life with more than 90 per cent burn wounds.

Congress vice-president Rahul Gandhi was among the first politicians to reach Rae Bareli. Mr Gandhi visited the post mortem house where he met the victim’s families.

Following this, he went to the district hospital where he met the injured persons and finally to the site of the incident.

Mr Gandhi said that he wanted a fair probe into the incident and government jobs for the kin of those who had lost their lives.

Mr Azad said, “It is an unfortunate incident and we do not wish to politicise it but there must be an independent probe into the lapses that led to the blast.”

A technical team from NTPC also arrived at the accident site on Thursday to probe the incident.

A magisterial inquiry has also been ordered by the district magistrate Sanjay Khatri.  Meanwhile, six of the 30 injured persons who were shifted to Lucknow after the incident on Wednesday evening, died during treatment in the small hours of Thursday, taking the death toll to 30.

Three senior officials of NTPC Sanjeev Sharma, Prabhat Srivastava and Misri Ram who had been critically injured in the mishap, were flown to Delhi in air ambulances.

Meanwhile, NTPC workers raised slogans against the management at the gate of the unit in Rae Bareli.