Soon after the explosion, flames leapt up and pressurised steam gushed out where a number of workers were standing. 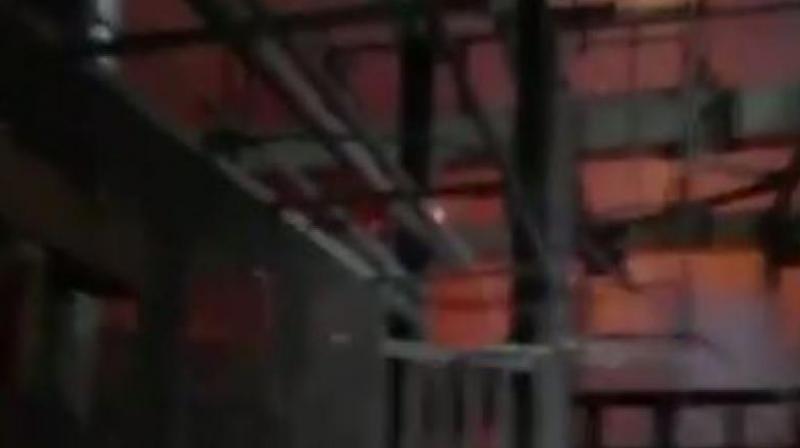 NTPC officials have said that 'extremely high pressure' built up in the boiler furnace because of ash collecting in its outlet, producing a disaster. (Photo: Screengrab/ANI)

Soon after the explosion, flames leapt up and pressurised steam gushed out  where a number of workers were standing.

Thick fumes filled the unit, making it the visibility poor. In the video, workers are heard shouting in fear.

Around 100 workers suffered burns and 20 of them are said to be in a very critical condition. Some survivors have spoken of a rattling in the unit and then intense heat "that could melt human flesh".

NTPC officials have said that "extremely high pressure" built up in the boiler furnace because of ash collecting in its outlet, producing a disaster.

"There was no explosion in the boiler, it happened outside the boiler. We were aware of an ongoing problem and that's why the generation capacity of the plant was reduced on that day," admitted RS Rathee, the regional executive director of NTPC on Thursday evening.

Questions have been raised about whether, having been aware of a problem, NTPC should have shut down the unit to prevent the deadly explosion.

Rathee clarified: "We only shut down a plant or a unit when we feel we cannot repair it during ongoing operations. We have a central control room in Delhi and we were sending out all parameters there too."

Reports that a safety valve failed to work have not been confirmed so far. It is also being investigated whether alarm systems were working, to give enough time for workers to be evacuated.

Speaking to reporters, NTPC chairman Gurdeep Singh called the explosion "the rarest kind of incident". He said the people maintaining the unit were the most experienced.