As many as four farmers have committed suicide in the past seven days in Bargarh district accusing the government not listening to their grievances. 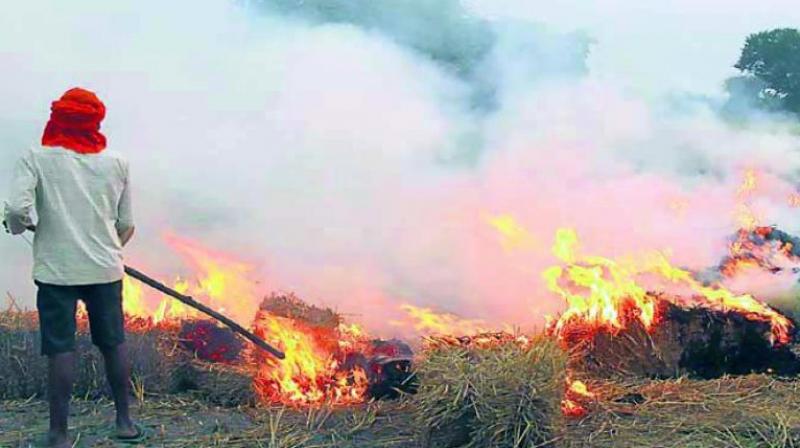 The aggrieved farmers complained that although they drew the attention of the agriculture officials to the pest, no timely intervention was made.

Bhubaneswar: The Odisha government on Thursday faced an embarrassing situation as scores of farmers set ablaze their farm land to protest against “official apathy” to save their paddy crop from pest attacks. While farmers in Bargarh, Kalahandi and Nuapda district had on Wednesday torched their paddy fields, dozens of peasants in Rayagada, Sambalpur and Ganjam districts on Thursday set ablaze acres of crop lands.

As many as four farmers have committed suicide in the past seven days in Bargarh district accusing the government not listening to their grievances. The aggrieved farmers complained that although they drew the attention of the agriculture officials to the pest, no timely intervention was made. As a result their entire crop got damaged.

According farmers leader Lingaraj, Brudaban Sahoo, a peasant of Bargarh who on Wednesday ended his life by consuming poison, had approached the local revenue inspector and other officials several times and prayed for assistance to save the crop. But, none came forward to assist him.

Reports from Rayagada district said, Naidu Jogi, a farmer of Gadilgudi village, set afire damaged crops in over four acres of land as paddy grown by him had turned into chaff.

Similarly, another farmer at Limakudia village in Chikiti area of Odisha chief minister Naveen Patnaik’s home district Ganjam resorted to the same act in two acres of land over crop damage due to pest attack.

State agriculture minister Dr Damodar Rout said a three-member expert team had been sent to Bargarh to examine the insect-affected crops and submit a report within three days.

“The state government is very serious about the crop damage issue and due compensation shall be paid to the affected farmers after due assessment. As regards the allegation of supply of inferior quality pesticide by government agencies and inaction of the local agriculture officials to listen to the grievances of the farmers will be probed and appropriate actions shall be taken against the errant personnel,” said Dr Rout.