India   All India  03 Oct 2019  Jammu and Kashmir Police to get 50 drones to track militancy
India, All India

Jammu and Kashmir Police to get 50 drones to track militancy

The police earlier used to seek assistance from army units for using drones. 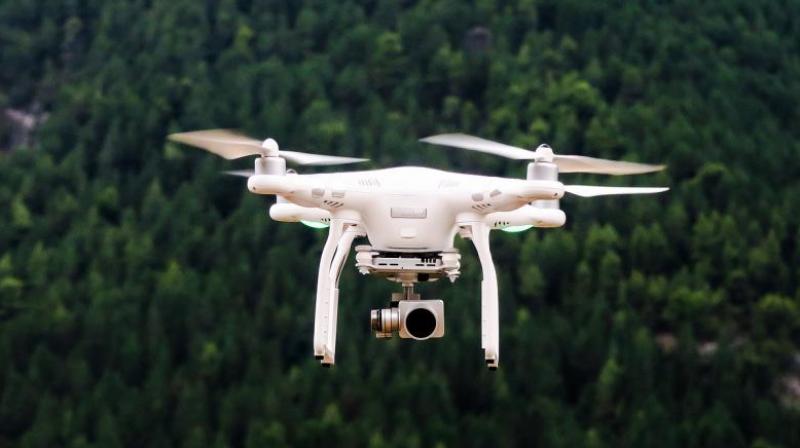 The Union Home Ministry has approved the biggest UAV procurements for the J&K police. The UAVs will help the police to keep an eye on protesters and militant movements.

People privy to details of the procurements said that tenders have already been floated by the procurement wing of the J&K police and the process could be completed by this month which would give cops more eyes in the sky, HT reported.

“We have already floated tenders for UAV purchase and after the completion of the process police could get UAVs,” a senior police officer said.

The UAVs or drone system will be of category 3 which is considered the latest and equipped with the technology required by the police especially in Kashmir given its geographical idiosyncrasies, the official said.

Besides dealing in law and order, the Jammu and Kashmir police are also involved in anti-militancy operations.

The police earlier used to seek assistance from army units for using drones. Officials, however, said after the procurement of drones or UAVs, the police will become more tech savvy especially in the Kashmir.

After the abrogation of Article 370, officials have braced for increase in militant activities and the possibilities of small incidents triggering bigger protests.

After the UAVs are procured, they are likely to be stationed at different police districts. The Army has been using UAVs for a few years in different parts of the Valley and on the Line of Control to track the militant movements in forest areas.

The army has also used small UAVs during encounters in different parts of Kashmir, especially in south Kashmir where gunfights have been frequent since security forces killed Hizbul Mujahideen commander Burhan Wani in 2016.

The police will now be better equipped to handle not only anti-militancy operations but also protesters.

Sources said experts a batch of officials will be trained to operate these drones. After the curfew like restrictions were imposed in Valley on August 5, forces have used small UAVs and helicopters to keep an eye on the situation and to detect people converging for protests.