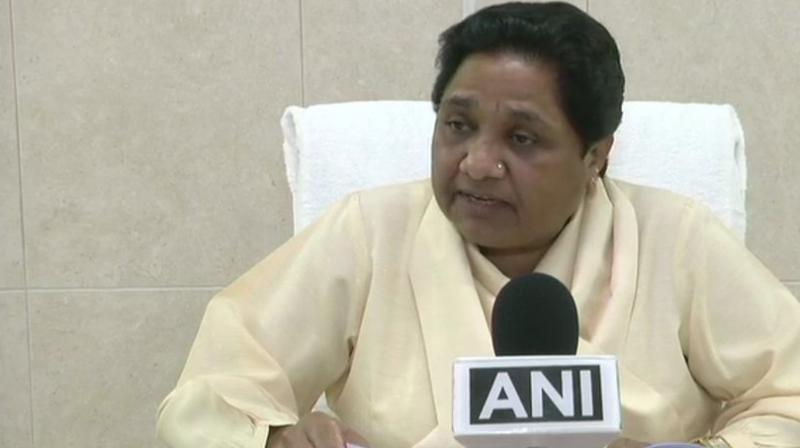 Mayawati had earlier announced that the BSP will tie up with Ajit Jogi's party for the Chhattisgarh Assembly polls. (Photo: Twitter | ANI)

New Delhi: In a major setback to Opposition unity ahead of Lok Sabha elections due next year, BSP supremo Mayawati on Wednesday announced that her party will contest assembly elections in Rajasthan and Madhya Pradesh either on its own or in alliance with regional parties but not with the Congress.

She accused the Congress of trying to "finish" the BSP, saying the grand old party is more interested in destroying her party than dislodging the BJP.

"In Karnataka we tied up with regional party. In Chhattisgarh too, we did the same. Now we have decided to go alone in Madhya Pradesh and Rajasthan. We may go with regional parties there but certainly not with the Congress," she read out a statement.

Mayawati had earlier announced that the BSP will tie up with Ajit Jogi's party for the Chhattisgarh Assembly polls.