Responding to a call by the Assam unit of the IMA, doctors at government, private hospitals and consultation chambers are protesting. 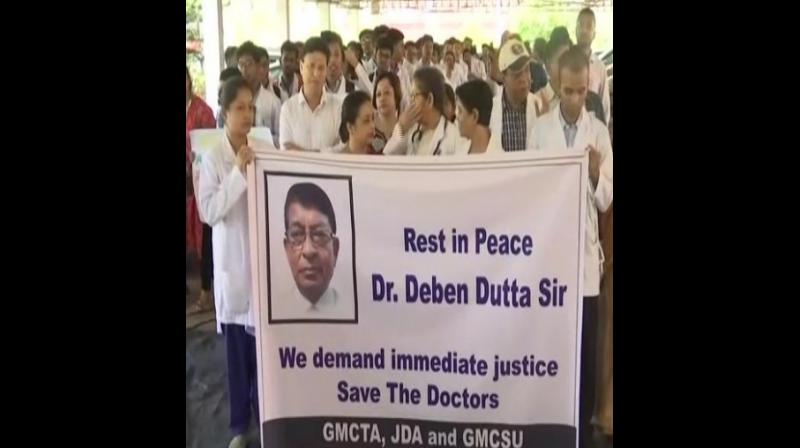 A total of 26 people have been taken into custody from Teok tea estate. (Photo: ANI)

Guwahati: Doctors in Assam are observing a 24-hour "withdrawal of non-emergency medical services" across the state on Tuesday to protest against the assault on an elderly doctor at a tea garden that led to his death, officials said.

Seventy-three-year-old Dr Deben Dutta had succumbed to his injuries after being assaulted by relatives of a tea garden worker who died while undergoing treatment at a hospital at Teok Tea Estate in Jorhat district on Saturday.

Responding to a call by the Assam unit of the Indian Medical Association, doctors at government and private hospitals as well as consultation chambers are staying away from work from 6 am but attending emergency services, they said.

The IMA demanded that the government ensures exemplary punishment to the culprits and beef up security measures including installing surveillance cameras in all health establishments including those in tea gardens.

A total of 26 people have been taken into custody from Teok tea estate. Inspector-General of Police (law and order) Deepak Kedia had visited the tea estate to take stock of the situation.

Jorhat Deputy Commissioner Roshni Aparanji Korati had ordered a magisterial inquiry into the assault on Dutta, who was working in the tea garden hospital after his retirement without remuneration.