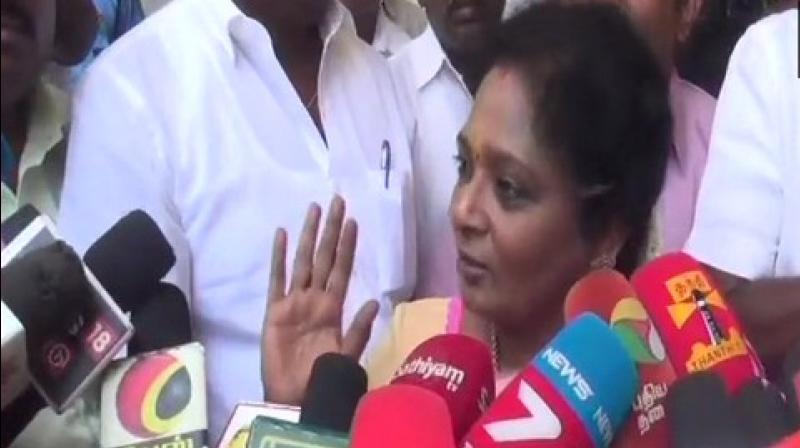 Talking to media on the issue, Soundararajan said that the detained passenger could belong to some organisation. (Photo: ANI)

The lady co-passenger allegedly raised 'Fascist BJP Government down down' slogan. Enraged by the same, Soundararajan got into a verbal spat with the co-passenger and later allegedly with the police, who were stationed at the airport.

#WATCH BJP Tamil Nadu President Tamilisai Soundararajan got into an argument with a co-passenger at Tuticorin airport. The passenger who has now been detained had allegedly raised 'Fascist BJP Govt down down' slogan #TamilNadu pic.twitter.com/TzfyQn3IOo

Soundararajan also lodged a complaint and the lady was later detained for interrogation.

Talking to media on the issue, Soundararajan said that the detained passenger could belong to some organisation.

"A middle-aged lady on seeing me started raising anti-BJP slogans and even followed up to the arrival gate. Her appearance looked threatening; I feel some organisation is behind her," Soundararajan said.