10 injured in acid attack during Congress’ victory rally in Karnataka 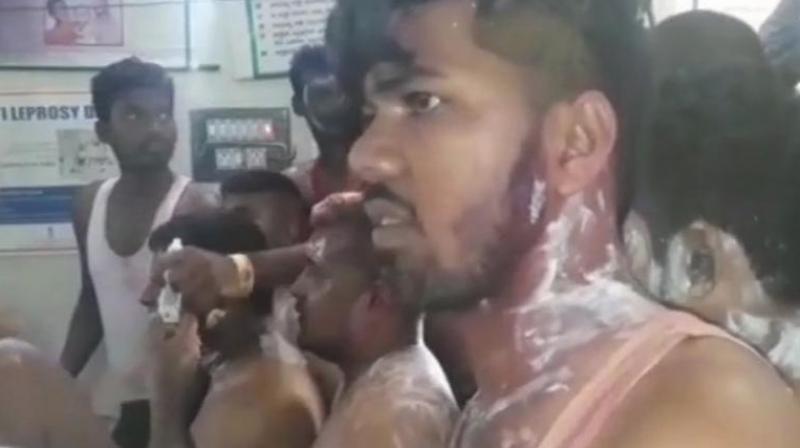 According to reports, police said that someone within the crowd sprayed some liquid that caused skin irritation and allergy to people. (Photo: Twitter | ANI)

Tumakuru: At least 10 people were injured after an acid like substance was thrown at them during a victory celebration of Congress candidate Inayatullah Khan.

The incident happened when Inayatullah Khan took out a small procession to celebrate his win in the Karnataka urban local body elections.

According to reports, police said that someone within the crowd sprayed some liquid that caused skin irritation and allergy to people.

The injured, including Khan and nine of his supporters, were rushed to a nearby hospital. All of them suffered minor injuries.

No complaint has been registered so far and no arrests have been made.

The Congress was marginally ahead of BJP with 982 seats. BJP has 929 seats while the Janata Dal (Secular) of Chief Minister H D Kumaraswamy won 375 seats.

These elections were considered a popular test of the Congress-JD(S) alliance and also indicative of the voters' mood before the 2019 Lok Sabha elections.