NSCN(K) yet to take a call on peace talks

While government figures say about 3,000 have died in the conflict till now, unofficial figures put the number at about 50,000. 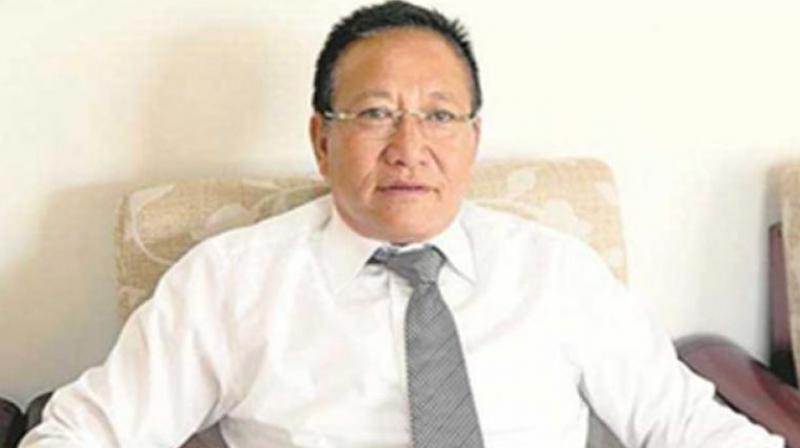 New Delhi: While it is being increasingly felt that any agreement between the government and the Isak-Muivah faction of the Nationalist Socialist Council of Nagalim (NSCN-IM) would not have substantial bearing in ending Naga insurgency, the Khaplang faction (NSCN-K) is yet to take a call on joining the peace process.

A top Myanmar-based functionary of the banned NSCN-K on being contacted by this newspaper said on condition of anonymity: “We do receive calls from several sections asking to return to peace saying with our involvement in the process no final settlement can be possible, we have however not taken any decision so far.”

On March 27, 2015, the NSCN-K unilaterally withdrew from a 14-year old ceasefire with the Indian government.

A cross-section of Naga social activists that this newspaper spoke to also viewed the NSCN (K)’s involvement as well as that of the other factions as very important for a final solution to one of the world’s longest running insurgencies. Many Naga civic organisations like the Naga Mothers’ Association, Naga Hoho and the Eastern Nagaland Peoples’ Organisation (ENPO) have been trying to get the NSCN (K) involved in the talks process.

In August, Nagaland chief minister T.R. Zeliang, too, had requested that all “stakeholders” be taken into account before signing of the final agreement. Since 1999, the NSCN-IM and the government have been deliberating on a set of 33 demands which include demands like a separate official flag, a separate constitution, dual citizenship and a physical integration of all Naga-inhabited areas in Assam, Manipur and Arunachal Pradesh.

While a separate constitution has been ruled out and the last demand is understood to have been put in the “backburner for now,” the framework for the agreement includes a concept of “shared sovereignty” and special constitutional privileges to safeguard the traditional rights of Nagas with due recognition of the uniqueness of their history. The Naga insurgency movement — with independence as the main demand — is more than six decades old.

While government figures say about 3,000 have died in the conflict till now, unofficial figures put the number at about 50,000. There is considerable Naga presence in Myanmar’s Sagaing Division which Nagas call Eastern Nagaland. There are four major outfits of the Naga insurgents — NSCN (Isaac-Muivah), NSCN (Khaplang), and NSCN (Unification) and NSCN (Reformation).