The Chhattisgarh high court said the Union as well as the state government should be alert to the human-animal conflicts. 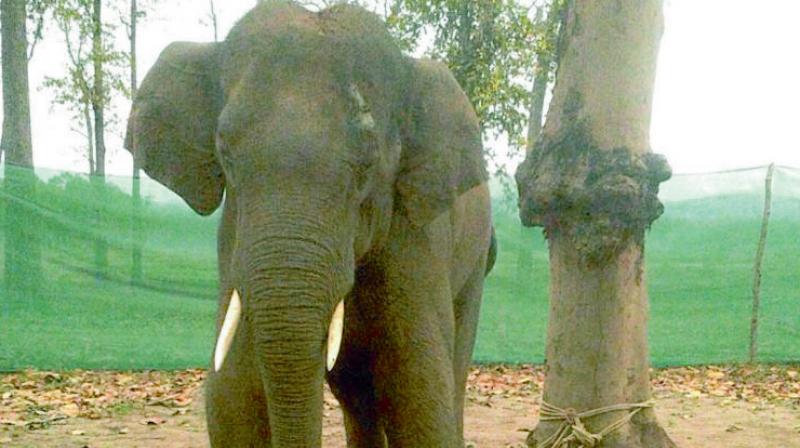 Bhopal: In a significant verdict, tipped to have a bearing on the human-animal conflict situation prevailing in some parts of the country, Chhattisgarh high court has upheld animals’ right to say “Leave us alone”.

The court has made the observation while disposing of the Public Interest Litigation (PIL) filed recently by animal rights activist Nitin Singhvi seeking release of wild elephant “Sonu”, held in captivity by the authorities of Achanakmar Tiger Reserve in Bilashpur district in Chhattisgarh after catching the pachyderm from wild a year and half ago.

“It is part of principles and policies ingrained in Article 39 and Article 48A among the Directive Principles of the state policy, read along with the fundamental duties of the citizens in terms of Article 51A(g), that we need to recognize that animals do have the rights, the enforcement and preservation of which depend largely upon the self-imposed or, otherwise enforced, restrictions that humans should maintain: individually, collectively and through institution of governance; against invading the life and territories of animals,” the court said.

“A salutary principle, accepted worldwide,, for proper management of such scenario is to uphold the right of the animals to say ‘Leave us alone’”, the high court verdict further observed.

Homo Sapiens form just one of the multifarious species which are entitled to occupy earth. Homosapiens without humanism are dastards and are unworthy of being called human beings”.

The Chhattisgarh high court said the Union as well as the state government should be alert to the human-animal conflicts.