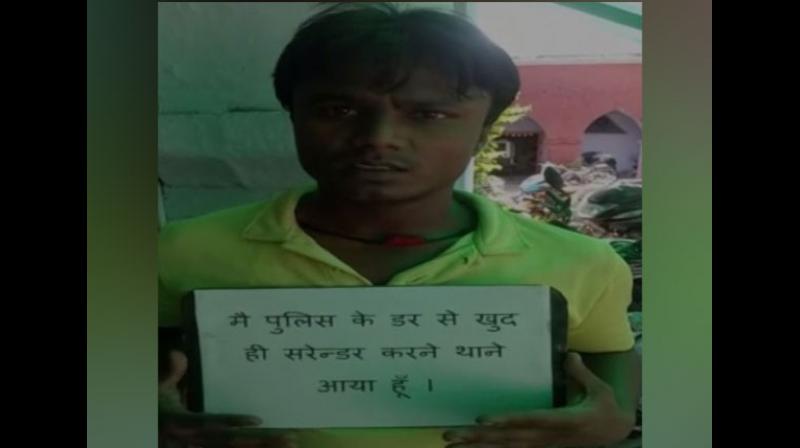 Bulandshahr: In a scene, which could be straight out a movie, a wanted criminal who had a Rs 10,000 bounty on his head walked into a police station here on Thursday and surrendered on his own.

"I just want to say that I am here to surrender because I fear the police," he said.

"Yesterday, a criminal with a bounty of Rs 10, 000 surrendered before the police. He walked into the police station holding a placard. Police was searching for him since 2017. He was immediately arrested," said Atul Shrivastava, SP City.