Taking a dig at Trinamul Congress’ slogan of “Ma, Mati, Manush”, the BJP said “the reality is “Aami, Aamar, Aamar parivar” for her.” 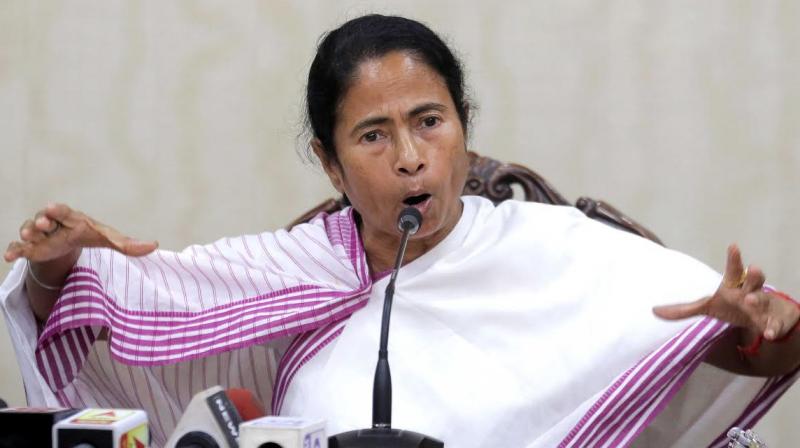 Taking a dig at Trinamool Congress’ slogan of “Ma, Mati, Manush”, the BJP said “the reality is “Aami, Aamar, Aamar parivar” (Me, Mine, My family) for her.”

Union minister Prakash Javadekar alleged that Abhishek Banerjee received Rs 1.15 crore when he was director in the firm Leaps and Bounds Pvt Ltd from a realtor Raj Kishore Modi, who is under probe for criminal activities, including land grabbing. He said it is ironic that the Trinamool supremo had staged a protest in 2009 demanding the arrest of Raj Kishore and accused him of grabbing land of farmers.

“The real shocker is Mamata, who had opposed the permission given to the realtor, did not withdraw the permission given by the previous CPI(M) government... This is an open and shut case of corruption and quid pro quo...And therefore, she (Mamata) has lost her moral right to rule,” said Javadekar.

The minister further claimed that the address at which Banerjee and his wife, who was also a director in the company, were shown to be staying is the chief minister’s official residence at 30-B, Harish Chatterjee Road in Kolkata.

BJP spokesperson Sambit Patra said it can now be concluded that the TMC, which they call Trinamul Congress, “really stands for ‘Total Mamata for Corruption’...From Sarada to Narada and finally to Mamata.”

Linking it to corruption expose of other opposition leaders, including Tejashwi Yadav, the BJP leader said, “This is the saga of Mahagathbandhan. The Mahagathbandhan what they are projecting for 2019 is a saga of nepotism, corruption and non-performance”.