India   All India  03 Aug 2017  5 killed as fire breaks out in Bhubaneswar building
India, All India

5 killed as fire breaks out in Bhubaneswar building

While electrical short circuit is suspected to be the reason behind the fire, the exact cause will be ascertained after a thorough probe. 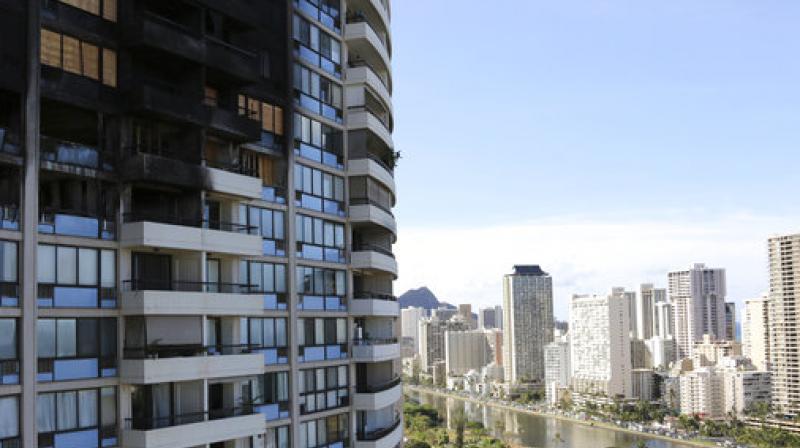 Bhubaneswar: Five persons, including four of a family, were charred to death when a major fire broke out in their house in Bhubaneswar early Thursday morning, officials said.

The victims were asleep when the fire broke out and police and fire brigade were informed by the neighbours who noticed thick smoke billowing out of the building at Budheswari Colony in the city.

Five persons - four of them Singh's family members and their domestic help - due to burns and suffocation as the blaze severely affected the first and second floors of the building, police and fire brigade officials said.

They were rushed to the hospital where they were declared brought dead, Capital Hospital director CR Das said, adding that the post mortem of the bodies was conducted.

The condition of another male family member, who too suffered burn injuries, was stable, the hospital sources said.

The deceased were identified as Singh's younger son, daughter-in-law, grand daughter, grandson and the house maid, the police said.

Majhi said the flame appeared to have spread rapidly apparently due to the woodwork in the building. Even the stairs had wooden panel which aided the quick spread of fire and made rescue operation difficult.

The victims were pulled out of the building through the window with the help of a ladder, he said.

While electrical short circuit is suspected to be the reason behind the fire, the exact cause will be ascertained after a thorough probe, he said.

Police and fire brigade are investigating the matter.