Final analysis of Covaxin efficacy out; 65.2 per cent effective against Delta

The efficacy analysis demonstrates Covaxin to be 93.4 per cent effective against severe symptomatic COVID-19 cases 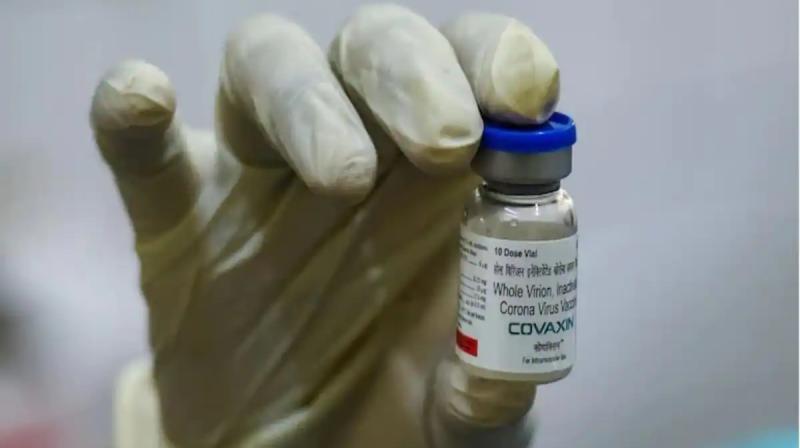 Phase 3 clinical trials of the vaccine was an event driven analysis of 130 symptomatic COVID-19 cases, reported at least two weeks after the second dose, conducted at 25 sites across India. (PTI)

Hyderabad: Bharat Biotech's Covaxin has demonstrated 77.8 per cent effectiveness against symptomatic COVID-19 and 65.2 per cent protection against the new Delta variant.

The company on Saturday said it concluded the final analysis of Covaxin efficacy from Phase 3 trials.

The efficacy analysis demonstrates Covaxin to be 93.4 per cent effective against severe symptomatic COVID-19 cases while safety analysis shows adverse events reported were similar to placebo, with 12 per cent of subjects experiencing commonly known side effects and less than 0.5 per cent feeling serious adverse events.

The efficacy data demonstrates 63.6 per cent protection against asymptomatic COVID-19, a release from the city-based vaccine maker said.

Phase 3 clinical trials of the vaccine was an event driven analysis of 130 symptomatic COVID-19 cases, reported at least two weeks after the second dose, conducted at 25 sites across India.

The whole virion inactivated vaccine against SARS-CoV2, was developed in partnership with Indian Council of Medical Research and National Institute of Virology in Pune.

Krishna Ella, Chairman and Managing Director of Bharat Biotech, said, "The successful safety and efficacy readouts of Covaxin as a result of conducting the largest ever COVID vaccines trials in India establishes the ability of India and developing world countries to focus towards innovation and novel product development. We are proud to state that Innovation from India will now be available to protect global populations."

Director General of ICMR, Balram Bhargava said, "I am delighted to note that Covaxin developed by ICMR and BBIL under an effective public private partnership, has demonstrated an overall efficacy of 77.8 per cent in India's largest COVID phase 3 clinical trial thus far. Our scientists at ICMR and BBIL have worked tirelessly to deliver a truly effective vaccine of highest international standards."

He further said Covaxin will not only benefit the Indian citizens but would also immensely contribute to protect the global community against the deadly SARS-CoV-2 virus. "I am also pleased to see that Covaxin works well against all variant strains of SARS-CoV-2. The successful development of Covaxin has consolidated the position of Indian academia and Industry in the global arena," Bhargava said.

The preprint data of COVAXIN efficacy has not been certified by peer-review, according to Medrxiv in which the data was published.