Last month, Japanese Ambassador also expressed his deep condolences to the families of Indian soldiers who were killed in the border clash 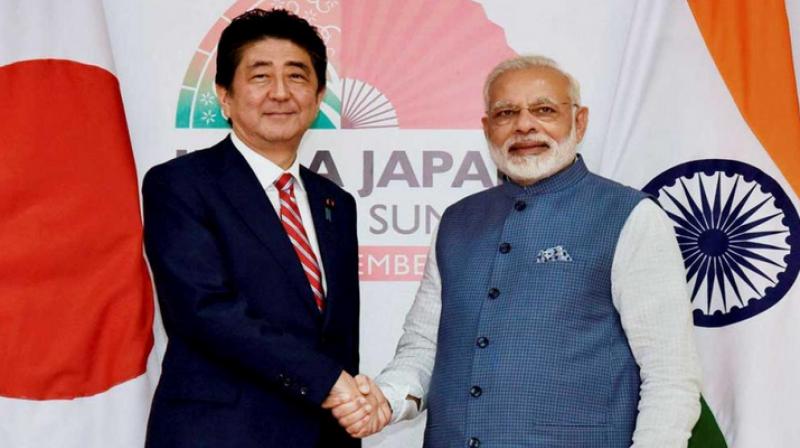 New Delhi: In a major diplomatic boost to New Delhi amid the Sino-Indian border tensions in the Ladakh sector, Japan on Friday backed India by opposing any unilateral attempts by China to change the status quo at the Line of Actual Control (LAC).

This came after Foreign Secretary Harsh Vardhan Shringla briefed  Japanese Ambassador Satoshi Suzuki on Friday, indicating how the Indian Government is building diplomatic support for its position. Japan itself has maritime territorial disputes with China.

In a tweet put out without naming China, the Japanese envoy said, “Had a good talk with FS Shringla. Appreciated his briefing on the situation along LAC, including GoI’s policy to pursue peaceful resolution. Japan also hopes for peaceful resolution through dialogues. Japan opposes any unilateral attempts to change the status quo.”

Last month, the Japanese Ambassador had also expressed his deep condolences to the families of the Indian soldiers who were killed in the border clash with Chinese troops at the Galwan valley in the Ladakh sector in mid-June.

Ties between India and Japan have strengthened enormously in the past six years. India and Japan along with the United States and Australia are already part of the four-nation "Quad" arrangement that focuses on maintenance of a "rules-based order" in the Indo-Pacific region.

The Quad is seen by observers as a crucial arrangement in the face of increasing Chinese military assertiveness in the Indo-Pacific region and South China Sea. Just a few days ago, the Japanese maritime self-defence forces had carried out a training exercise with the Indian Navy in the Indian Ocean.