Death toll reaches 137 in Muzaffarpur due to AES

The district has been battling with the vector-borne disease since last few weeks. 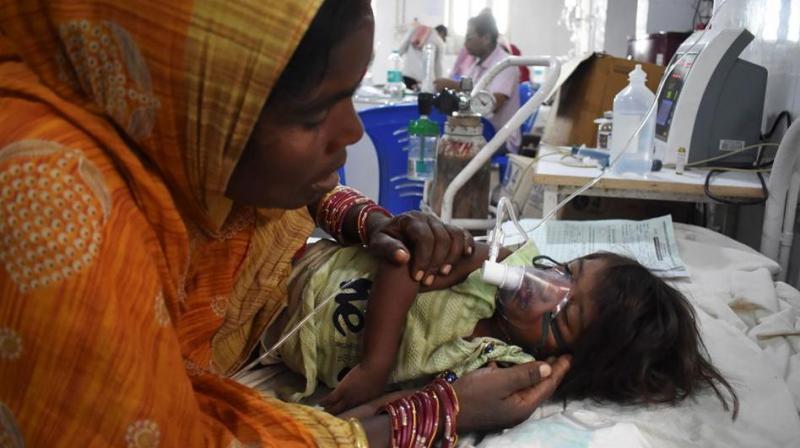 Bihar Chief Minister Nitish Kumar has announced a compensation of Rs 4 lakh each to the families of the children who died due to AES. (Photo: AFP)

Muzaffarpur: The death toll due to Acute Encephalitis Syndrome (AES) mounted to 137 in Muzaffarpur district on Wednesday.

The district has been battling with the vector-borne disease since last few weeks.

As per an official data, 116 deaths were reported at government-run Shri Krishna Medical College and Hospital (SKMCH), which is handling the largest number of patients in the district, while 21 deaths at Kejriwal Hospital, so far.

AES is a viral disease that causes flu-like symptoms such as high fever, vomiting and in extreme cases, brain dysfunction, seizure, and inflammation of heart and kidney.

Prime Minister Narendra Modi, while speaking in the Rajya Sabha on Wednesday, had termed the AES deaths as "unfortunate" and "a matter of shame for the nation."

The Supreme Court had on June 24 expressed "serious concerns" over the rising number of deaths due to the disease, saying "it is a matter of great concern."

Bihar Chief Minister Nitish Kumar has announced a compensation of Rs 4 lakh each to the families of the children who died due to AES.

He has also given directions to the Health Department, District Administration, and doctors to take necessary measures for the containment of the disease.