Bodies of 7 Nanda Devi climbers brought to Pithoragarh in Uttrakhand

These climbers were killed by an avalanche a month ago near Nanda Devi. 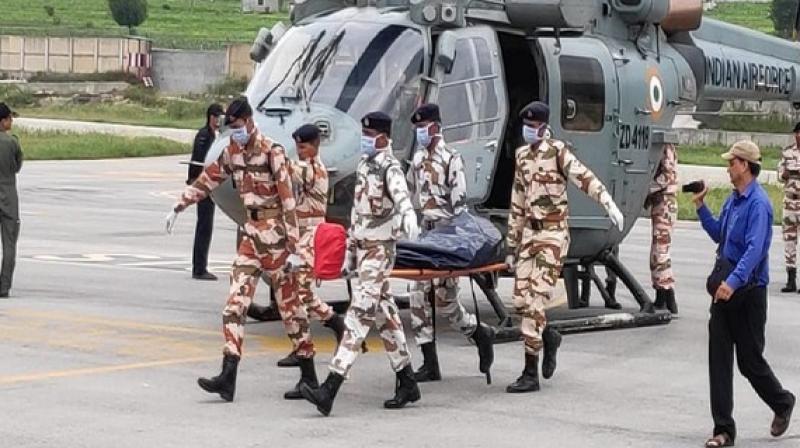 Standing at a height of 25,643 feet, Nanda Devi is the second highest mountain in India and 23rd highest overall. (Photo: ANI)

Uttarakhand: Bodies of seven out of eight missing mountaineers, who were on a mission to climb Nanda Devi peak over a month ago, were brought to Pithoragarh on Wednesday, officials said.

The bodies have been handed over to District Administration by the Indo-Tibetan Border Police officials, who have called off "Operation Daredevils'.

These climbers were killed by an avalanche a month ago near Nanda Devi. The body of the eighth member of the team, however, could not be located due to bad weather. The bodies were found at an altitude of approximately 21,000 feet.

A 10-member team of ITBP dug out the seven bodies, including that of a woman climber, from under the snow. The team had launched 'Operation Daredevil' for the missing group of mountaineers -- 4 British, 2 Americans, and 1 each from India and Australia.

Standing at a height of 25,643 feet, Nanda Devi is the second highest mountain in India and 23rd highest overall.