12 houses near the dam have been washed away. 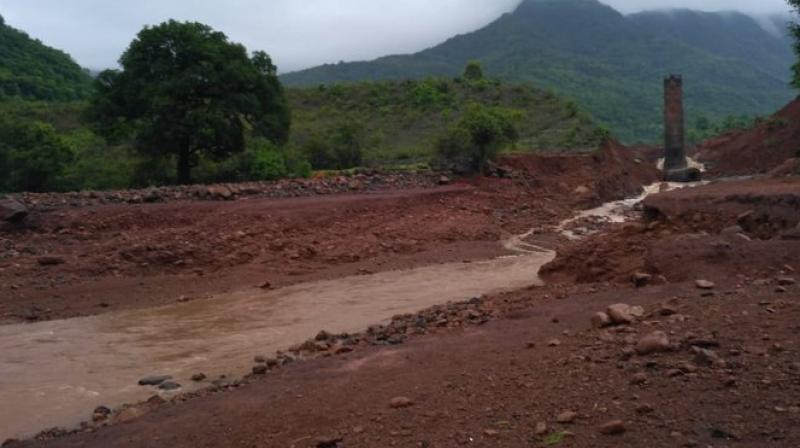 A team of National Disaster Response Force (NDRF), police and volunteers are present at the spot. (Photo: ANI)

Fadnavis also held talks with the Ratnagiri collector and other officials to take stock of the situation.

Chief Minister expressed his grief over the loss of lives in the incident and ordered an inquiry in the matter which will be helmed by a Special Investigation Team (SIT) under a secretary rank official.

The Tiware dam in Chiplun taluka of Ratnagiri district has a storage capacity of 20 lakh cubic metre. It developed a breach late Tuesday night after heavy rains, a district official said. The dam breach caused a flood-like situation in seven downstream villages, with 12 houses being swept away.

Nine bodies, including that of three women, have been found so far, while 16 people are still missing, a police officer said.

"Police have moved the villagers to safety. The situation is under control now," he said. Another police officer said rescue operations were hampered initially due to darkness and sudden influx of water.

Local public representatives alleged that the government neglected their pleas for maintenance of the dam. They claimed to have written to the administration about cracks in the walls of the dam, but no action was taken.

Earlier in the day, Maharashtra Water Resources Minister Girish Mahajan said villagers in the vicinity of the Tiware dam had complained of cracks in the dam. Chief Minister Devendra Fadnavis has ordered an inquiry into the incident.

"Reasons for the breach will be probed and action would be taken against the guilty expeditiously," an official statement quoted the chief minister as saying. Fadnavis contacted the district administration and took stock of the relief and rescue operations, it stated.

Meanwhile, some locals claimed that officials of Irrigation department had visited the dam, which was filled to its capacity, recently over complaints that its walls had developed cracks.