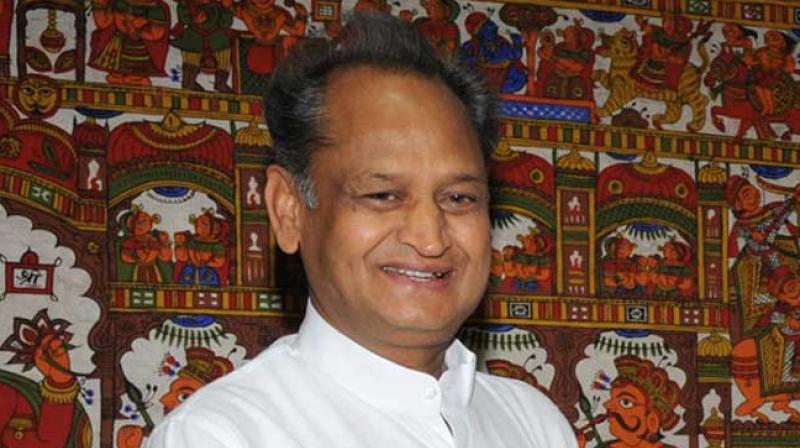 New Delhi: Speculations have resurfaced that the Modi government is all set to seriously consider the possibility of holding simultaneous elections to the Lok Sabha and state Assemblies. This matter could well become the next flashpoint between the Opposition and the ruling BJP. A  concerned Congress has decided to take up the matter and reach out to other Opposition parties to pressurise the Central government to not take any unilateral decision in the matter.

Senior Congress leader and AICC general secretary in-charge of organisation and training Ashok Gehlot told this newspaper: “Prime Minister Narendra Modi should at least consult all political parties. He should not take a unilateral decision.”

He said that the Congress might reach out to other Opposition parties and put pressure on the government for holding more widespread consultations. Making the same pitch, former Union Minister M. Veerappa Moily said in Hyderabad that it is for all political parties to decide on whether or not to advance the polls. “The idea is that the decision will have to be taken objectively and transparently. It cannot be taken just to suit one individual namely the present PM,” said Mr Moily. 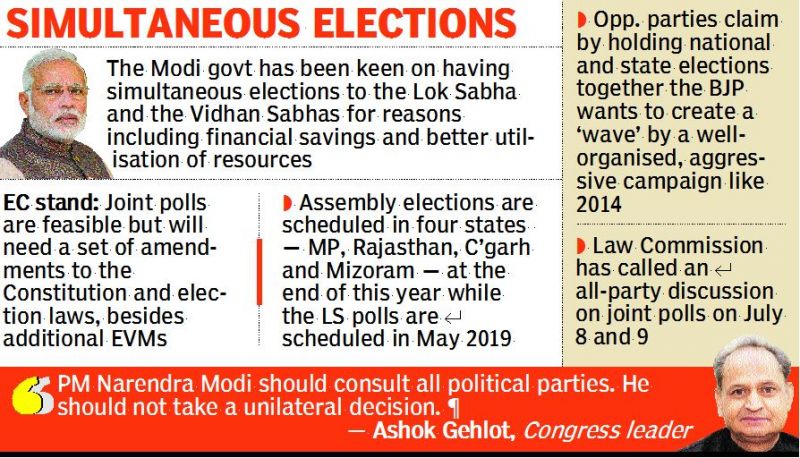 With the proposed Grand Alliance nowhere in sight and PM Modi still topping the popularity chart, early polls could hit the Congress and the Opposition hard. PI leader and Rajya Sabha member D. Raja said that the Opposition was not interested in presenting its views to the Law Commission or Election Commission. “A discussion should take place on the floor of the Parliament.”

It might be noted that there is a deep divide within political parties on the issue of holding simultaneous polls. While many, including Biju Janata Dal chief Navin Patnaik have backed the PM’s call for simultaneous polls, allies like JD(U) chief Nitish Kumar have been giving confusing signals and other Opposition parties have opposed the move.

It might be recalled that when Mr Kumar joined the NDA after exiting the Grand Alliance in Bihar last year had backed simultaneous polls. However, recently he had said that though he was in favour of the concept in-principle, polls to Bihar Assembly should be held only after the completion of the full five-year term.