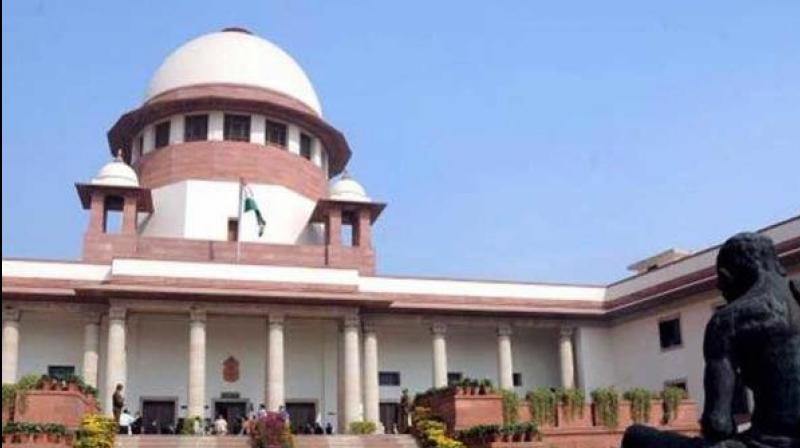 New Delhi: The Supreme Court Wednesday said the Centre should treat as a representation a plea which sought a direction to amend the Constitution and replace the word India with 'Bharat' or 'Hindustan'.

The plea filed before the apex court by a Delhi-based man has claimed that such an amendment will "ensure the citizens of this country to get over the colonial past".

It contended that replacing the word India with 'Bharat' or 'Hindustan' will "instill a sense of pride in our own nationality."

However, a bench headed by Chief Justice S A Bobde, which heard the matter through video-conferencing, told the counsel appearing for the petitioner that India is already called 'Bharat' in the Constitution itself.

"Why have you come here?," the bench, also comprising Justices A S Bopanna and Hrishikesh Roy, asked the petitioner's counsel.

The counsel said that the plea has sought to amend Article 1 of the Constitution, which deals with name and territory of the Union.

The petitioner's counsel said that he should be allowed to make a representation in this regard to the concerned authority.

The apex court, after hearing the submissions, said that the petition should be treated as a representation by the concerned authority.

The plea has sought to amend Article 1 of the Constitution to the effect that the same refers to the country as Bharat/Hindustan, to the exclusion of India".

"The removal of the English name though appears symbolic, will instill a sense of pride in our own nationality, especially for the future generations to come. Infact, the word India being replaced with Bharat would justify the hard fought freedom by our ancestors," the plea has claimed.

Referring to the 1948 Constituent assembly debate on Article 1 of the then draft constitution, the plea has said even at that time there was a "strong wave" in favour of naming the country as 'Bharat' or 'Hindustan'.

"However, now the time is ripe to recognize the country by its original and authentic name i.e. Bharat especially when our cities have been renamed to identify with the Indian ethos," it said.