Supriyo said that Asansol constituency will send 'Get Well Soon' cards to WB CM Banerjee as she is rattled by BJP presence in the state. 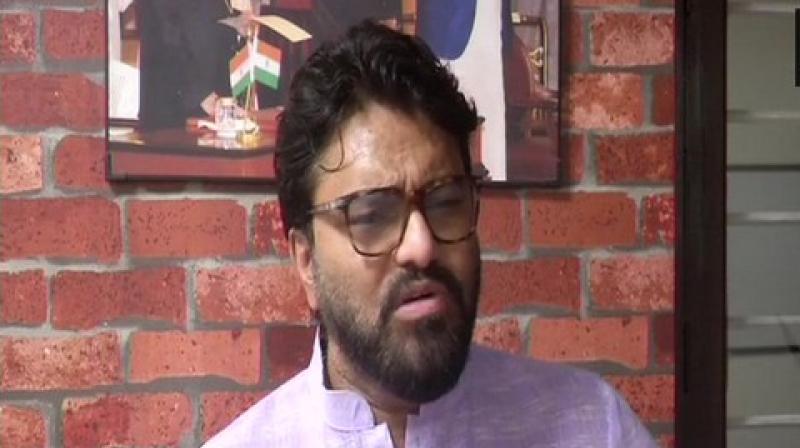 Supriyo, a Union Minister of State for Urban Development, Housing and Urban Poverty Alleviation, also said that the TMC chief's behaviour was the reason behind so many memes emerging on social media. (Photo: ANI)

Supriyo, who was elected as Member of Parliament (MP) from the Asansol seat in West Bengal for a second term, maintained that though Banerjee is an "experienced" politician but her behaviour is "abnormal and bizarre".

"She is an experienced politician but her behaviour is abnormal and bizarre. She should keep in mind the dignity of the post she holds. She should take a break for a few days. She is rattled by BJP's presence in Bengal," Supriyo said when asked to respond on Banerjee's reaction to 'Jai Shri Ram' slogans.

Supriyo, a Union Minister of State for Urban Development, Housing and Urban Poverty Alleviation, also said that the TMC chief's behaviour was the reason behind so many memes emerging on social media.

"She is the cause for so many memes on social media, it is not good for anyone. From my constituency Asansol, we will send 'Get Well Soon' cards to Mamata Banerjee. Something is definitely not well with Didi, and she needs to answer that."

Banerjee on Sunday criticised the BJP and said that its leaders are using the religious slogan of 'Jai Shri Ram' as their party slogan in a "misconceived manner".

Her reaction came after she had on May 30 reprimanded people chanting 'Jai Shri Ram' slogan in North 24 Parganas saying, "they are BJP people and criminals from outside the state."

On Saturday, a scuffle broke out between the police and a group of people who were allegedly raising 'Jai Shri Ram' slogans outside the residence of TMC leader and Minister for Fire department, Sujit Bose, in Kanchrapara.