India   All India  03 Jun 2019  Amethi not just constituency but family for Rahul, loss has affected him: Raj Babbar
India, All India

Amethi not just constituency but family for Rahul, loss has affected him: Raj Babbar

The Gandhi scion lost to BJP's Smriti Irani from the constituency in the recently-held general elections. 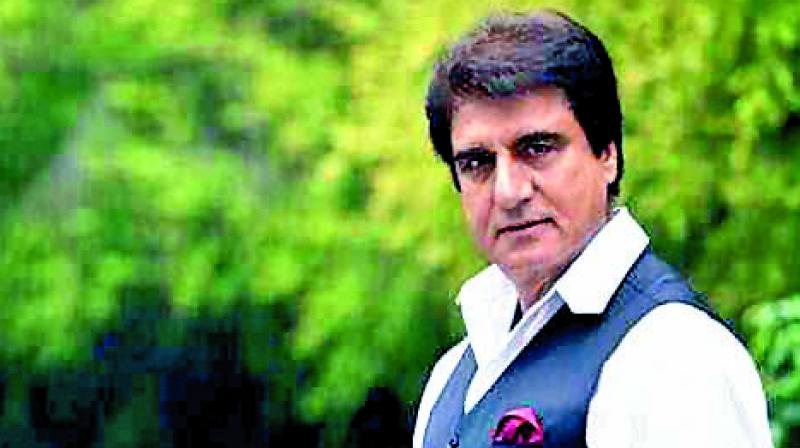 'Rahul Gandhi ji did so much for Amethi and he considered Amethi as his family. He never viewed it as his constituency. Now, the family members have given such a verdict,' the UP Congress chief. (Photo: File)

Lucknow: UP Congress chief Raj Babbar Monday said the poor electoral showing of the party in the state has left pain in the hearts of party president Rahul Gandhi and the people of Amethi. In his first interview after the election results, Babbar said Gandhi considered Amethi not just as his parliamentary constituency, but his family.

The Gandhi scion lost to BJP's Smriti Irani from the constituency in the recently-held general elections. "Rahul Gandhi ji did so much for Amethi and he considered Amethi as his family. He never viewed it as his constituency. Now, the family members have given such a verdict," the UP Congress chief told PTI.

"One thing, which I am 100 per cent sure is the fact that despite becoming an MP (from Wayanad), there will be pain in the heart of Rahul ji and also among the people of Amethi... that a person who considered Amethi as his family and gave an identity to Amethi, we did not allow a person from our family to emerge (victorious)," he said.

On whether Priyanka Gandhi Vadra, who was appointed Congress general secretary in charge of eastern UP ahead of the polls, could not make the desired impact for the party, the actor-turned-politician said party workers and local leaders failed to rise to the occasion.

"She (Priyanka) did her job. But, party workers, local leaders, candidates and the organisation could not accumulate the (electoral) benefits from it. Rahul ji worked so hard and Priyanka ji worked with such a high degree of enthusiasm," he said.

"We (party workers, local leaders and candidates) were unable to prove ourselves and rise to the occasion," Babbar said. Asked about the future course of action, the 66-year-old Congress leader said Uttar Pradesh cannot be analysed in a single line. "You have to take steps after a lot of deliberations (on various aspects) and strengthen the organisation," he remarked.

The Congress' performance in the Lok Sabha election was perhaps its worst, with the party managing to win only one out of 80 Lok Sabha seats in the state. The lone victory for the party came from Rae Bareli where UPA chairperson Sonia Gandhi retained the seat in the party bastion. Refusing to state any particular factor behind its poll drubbing, Babbar said, "First we must accept our defeat and acknowledge the victory of the winner. Having said so, I cannot sit alone and deliberate upon the possible reasons for the defeat. Everyone has to sit together. I believe there is no point in putting the blame (of defeat) on others, instead we should ponder as to how 52 people from our party were able to emerge victorious," he said. The UP Congress chief said he would like to engage with the party's winning candidates and seek to know what they did among the people, their plus points and what the party did in their respective constituencies.

On tasting defeat from Fatehpur Sikri Lok Sabha seat despite opting for it (after being initially named as party candidate from Moradabad), Babbar said, "The main reason for opting Fatehpur Sikri was that people there never asked my religion, caste or community. "They accepted me the way I was. This was an incentive for me. Apart from this, I also identify myself with that place," he said.

The Congress had changed the seat earlier allotted to Babbar from Moradabad to Fatehpur Sikri, in an apparent bid to make the contest easier for the party leader. Babbar was elected from Agra Lok Sabha in 1999 and 2004.

However, following delimitation in 2008, the Lok Sabha seat was reserved for scheduled castes. In the 2009 Lok Sabha election, he lost from Fatehpur Sikri to BSP's Seema Upadhyay by a margin of 9,936 votes. But he got re-elected to the Lok Sabha from Firozabad in a by-election held the same year. He is currently a Rajya Sabha member.