Shah tweets strong reaction with photo of the body of the worker. 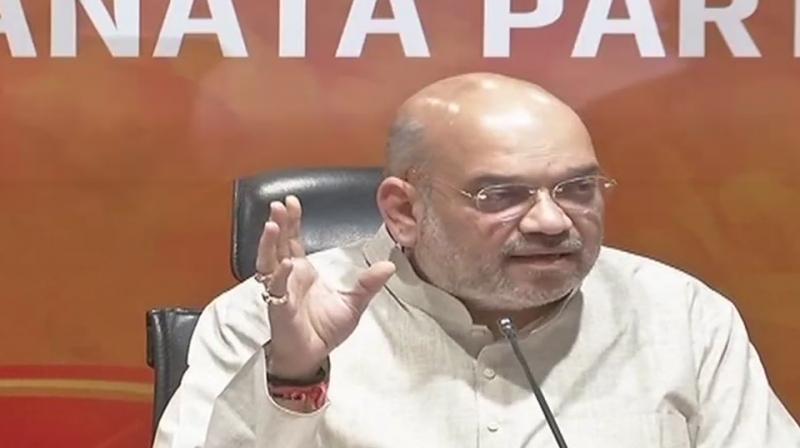 New Delhi: BJP national president  Amit shah on Saturday hit out at the West Bengal chief minister Mamta Banerjee following the murders of a BJP workers within s span of theree days in Purulia district in the state. In a strongly worded tweet shared with picture of the deadbody of the killed worker, Mr Shah said, “Distressed to know about yet another killing of BJP karyakarta Dulal Kumar in Balarampur, West Bengal. This continued brutality and violence in the land of West Bengal is shameful and inhuman.

Mamata Banerjee’s government has completely failed to maintain law and order in the state.” A 35-year-old man’s body, who the BJP said was its worker, was found hanging from a high-tension tower, triggering protests by locals.

Mr Shah further added, “I express my deepest condolences to the bereaved family. I along with millions of BJP karyakartas share grief of Dulal Kumar’s family. May God give his family the strength to withstand this irreparable loss.” The incident comes two days after the BJP claimed that its worker Trilochon Mahato (20), who was found hanging from a tree at Balarampur in the district on May 30, was killed by the Trinamool Congress.

However, the TMC has denied the allegation. chief minister Mamata Banerjee has ordered the state’s highest probe agency, the Criminal Investigation Department (CID), to investigate both the deaths of Dulal Kumar and Trilochan Mahato. TMC leader Derek O’Brien demanded a thorough probe into the incident.

In Purulia, the TMC and the BJP had a close fight in the gram panchayats winning 839 and 645 seats respectively. Out of the 38 zilla parishad seats, the TMC had won 26 seats and BJP nine seats.