The launch was carried out by the specially formed Strategic Force Command, the sources added. 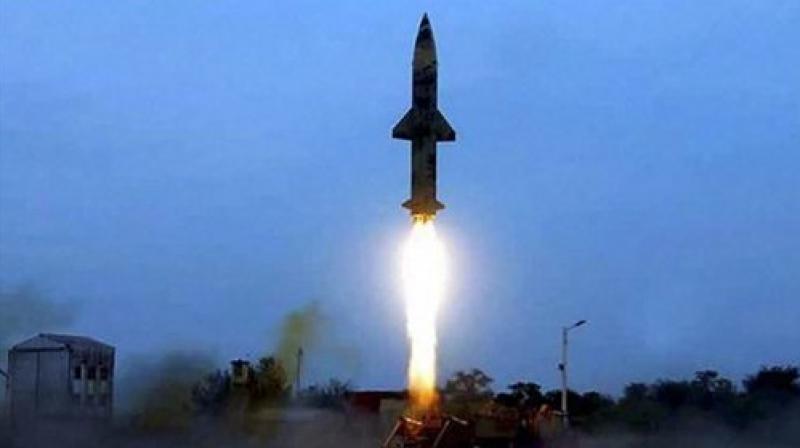 India successfully test-fired its nuclear-capable Prithvi-II missile, which can carry a 500 kg to 1,000 kg warhead, in Chandipur near Balasore. (Photo: PTI)

Bhubaneswar: India successfully test-fired its indigenously developed surface-to-surface nuclear-capable ballistic missile Prithvi-II on Friday from a defence base off Odisha coast as part of the Army’s user trial of the weapon.

According to sources, the trial of the missile was carried out by firing it from a mobile launcher from launch complex-III of the integrated test range at Chandipur-on-Sea at about 9.50 am.

The launch was carried out by the specially formed Strategic Force Command, the sources added. The indigenously developed Prithvi-II has a strike range of 350 km and is capable of carrying 500 kg to 1,000 kg of warheads.