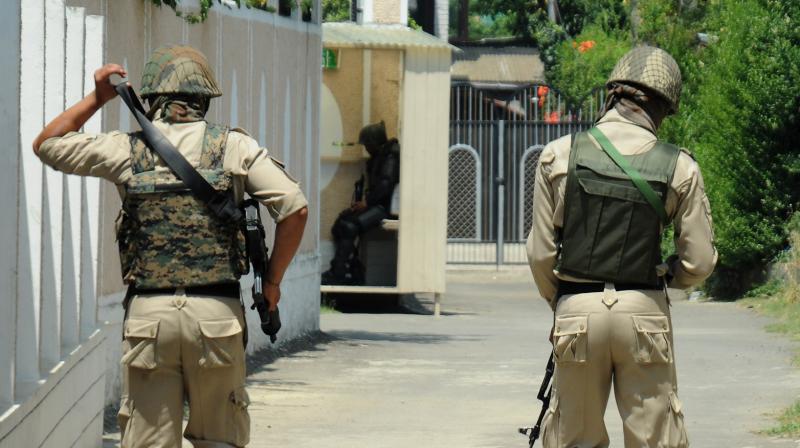 The letterheads of Lashkar-e-Taiba (LeT) and Hijbul Mujahideen (HM), pen-drives, laptops were also seized from the locations.

The NIA conducted raids at Separatists leaders' residences and offices on Saturday in a major crackdown on terror funding.

Presently, the NIA is conducting raids at 14 locations in Srinagar and eight in Haryana.

The NIA, earlier in May, visited Srinagar to probe into the alleged funding by Pakistan for illegal activities in Kashmir, and questioned the separatist leaders regarding their involvement in raising, collecting and transferring funds through Hawala and other channels for terror funding in Kashmir.

The sleuths from the agency have questioned separatist leaders Farooq Ahmed Dar alias Bitta Karate and Gazi Javed Baba in the case.

The NIA is probing all aspects of funding of separatist leaders and use of these funds in fuelling the unrest in the Valley.

The NIA has collected details of 13 accused charge-sheeted so far in the cases in the Valley in the recent past, pertaining to the damage caused to schools and public property as part of the larger conspiracy to perpetuate violence and chaos in Kashmir.

The NIA had on May 20 began its probe into the allegations of funding by Pakistan to separatists in Kashmir, a long-held assertion by Indian intelligence now 'confessed' by a Hurriyat leader in a sting.

The development came after the Hurriyat Conference suspended Nayeem Khan from the organisation after he allegedly confessed to receiving money from Pakistan and Lashkar-e-Taiba (LeT) for Kashmir unrest.

Khan was allegedly heard admitting in a TV sting operation that he had received money from Pakistan to create unrest in the Valley.

He, however, claimed that the sting operation was fake and doctored.