Singh further stated that under the Modi government, the situation in Jammu and Kashmir situation has improved a lot. 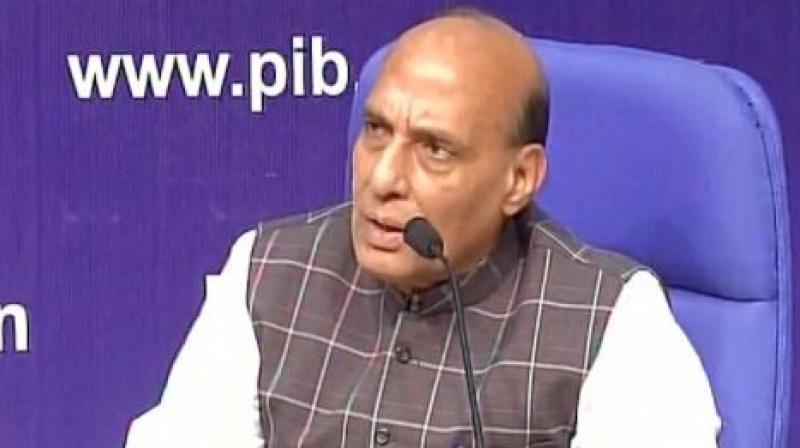 New Delhi: Home Minister Rajnath Singh on Saturday asserted that ISIS has been unable to establish a hold in India, adding that there is an improvement in the security situation across the country.

"We have been successful in countering the challenges posed by the ISIS," Rajnath said in a press conference on the completion of three years of the Narendra Modi-led government.

"The situation in Kashmir has seen a lot of improvement and we can assure that the government will get the situation under control. Despite having a large Muslim population, ISIS has been unable to establish a hold in India," Singh said when addressing the media in New Delhi.

We have been successful in nabbing more than 90 ISIS sympathizers, he said.

Further lauding the Centre's governance, Singh further stated that under the Modi government, the situation in Jammu and Kashmir situation has improved a lot as 368 terrorists have been neutralized since 2014.

"After the surgical strikes by the Indian Army in September last year infiltration in Jammu and Kashmir has come down 45 percent. I assure that we will bring an end to Pakistan sponsored terrorism in Jammu and Kashmir and establish peace and tranquility in the state," Rajnath added.

Rajnath Singh also refused to comment on the NIA raids and said that it is an autonomous investigating body.