Bishnoi was arrested from a house near the banks of river Narmada, police said. 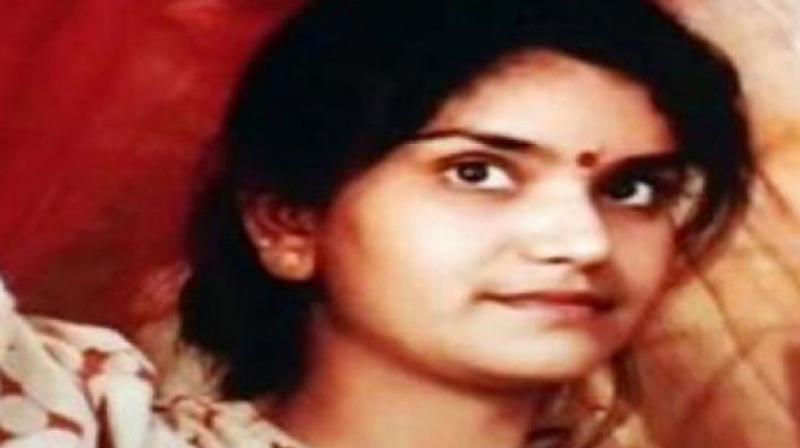 Jodhpur: Indra Bishnoi, one of the accused in Rajasthan's Bhanwari Devi murder, on Saturday was remanded to a seven-day Central Bureau of Investigation (CBI) custody.

Bishnoi was arrested from Dewas district earlier in the day after evading police for the last six years. He was arrested by the Rajasthan ATS team from a house on the banks of Narmada.

Earlier in March, the CBI moved an application in the Jodhpur Court in connection with the abduction and murder case of Bhanwari Devi.

Some of the witnesses turned hostile from their previous statement made before the judicial magistrate under Section 164 of the Code of Criminal Procedure (CrPC).

The CBI had in its plea requested the court to conduct an inquiry as per law against the hostile witnesses.

36-year-old Bhanwari, who was an auxiliary nurse, had gone missing from Jodhpur's Bilara area on September 1 last year.

After the state government ordered a CBI probe into the case, the agency arrested Mahipal Maderna on December 2 and Congress MLA Malkhan Singh on December 19 for their alleged involvement in the case.

During the CBI probe, it was found that she was allegedly abducted and killed and her body burnt at Jaloda. Her remains and belongings were later dumped in the Rajiv Gandhi Lift Canal, which were recovered by the CBI.