India   All India  03 May 2020  Mumbai, Pune citizens banned from moving out of cities
India, All India

Mumbai, Pune citizens banned from moving out of cities 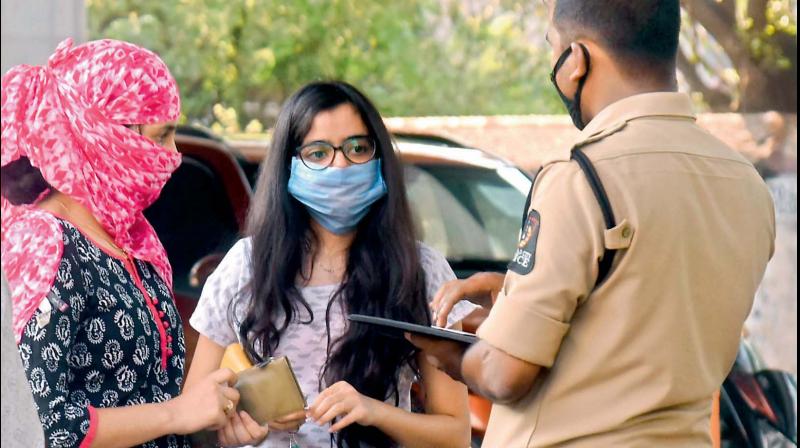 Police question two girls on why they stepped out of their houses during countrywide lockdown imposed due to Covid-19. (DC Photo)

Mumbai: People living in Mumbai and Pune will have to pay for their indiscipline as they have been banned from moving out to other districts in Maharashtra. According to the guidelines issued by the state government, only the migrant labourers in these cities will be allowed to travel outside Maharashtra.

Chief minister Uddhav Thackeray had indicated that some relaxations will be offered in the restrictions imposed on the state after the end of second lockdown on May 3.

However, he had categorically denied giving concessions in the red zone, where the coronavirus patients are more in numbers. Such relaxations are not in the interest of the state and norms will have to be followed more strictly in red zone areas to curb the spread of Covid-19, Mr Thackeray said.

“However, permission has been granted particularly to the migrant workers to travel outside Maharashtra from these two regions,” it said.

According to the state officials, both the Mumbai and Pune regions fall in the red zone, where more than 15 coronavirus patients have been found, and the situation there is still grave. Despite several appeals, people in some areas in both these cities are not following the social distancing norms carefully, due to which the government cannot afford to offer relaxations to them during the lockdown period.

However, 121 patients recovered and were discharged from hospitals on Saturday, taking the number of such recovered patients to 2,000. Mumbai and Pune region have the highest number of coronavirus patients in the state. While Mumbai has recorded nearly 8,000 Covid-19 positive patients, Pune region has reported more than 1,500 patients till date.

In the cities with police commissionerates, the state government has allotted the power to a concerned deputy commissioner of police (DCP) to allow inter-state or inter-district journeys.

For permission to travel, one can apply to the nearby police station, submitting required information and a medical certificate. The application will be forwarded to the concerned DCP and decision will be taken after scrutiny of the application and considering the spread of Covid-19, it said.