India   All India  03 May 2020  Burial of Covid postive’s body poses no risk: Jamiat
India, All India 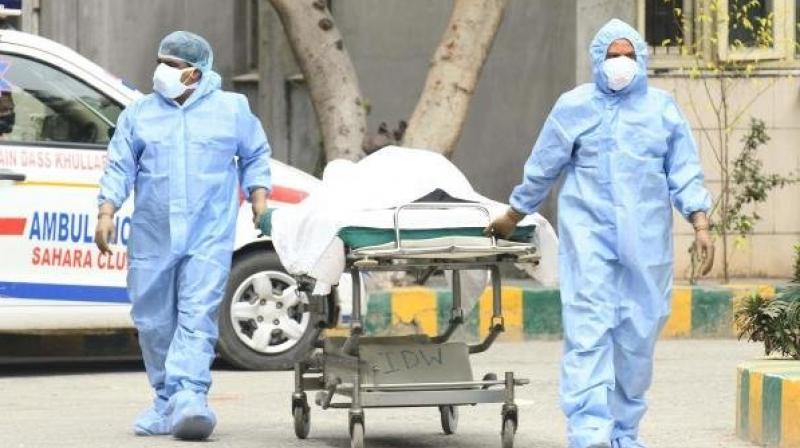 New Delhi: Jamiat Ulama-I-Hind (JUIH) has moved the Supreme Court asserting that the burial of a body of a deceased person who was suffering from Covid-19 in a burial grounds located in urban and residential areas does not pose any risk of the spread of the pandemic.

Describing as mere “apprehension without any foundation” that the burial of dead bodies of persons who were infected with Covid-19 would risk the spread of infection in residential areas in the vicinity of burial grounds, the Jamiat Ulama-I-Hind has cited the March 15, 2020 guidelines issued by the Centre and March 24 interim guidance by the World Health Organisation to address the anxiety.

The ministry for health and family welfare in its March 15 guidelines on dead body management has said that the main driver of transmission of Covid-19 is through droplets, and there is unlikely to be an increased risk of Covid infection from a dead body to health workers or family members who follow standard precautions while handling it.

“It is a common myth that persons who have died of a communicable disease should be cremated, but this is not true. Cremation is a matter of cultural choice and available resources,” says the application.

The application has contended that burial of dead bodies is essential to the religion of Islam as well as in other religions including Christianity and forms part of the right to practice one's religion under Article 25 of the Constitution.

The Jamiat Ulama-I-Hind has moved an intervention application on a plea by Mumbai-based resident Pradeep Gandhy who has approached the top court against April 27, 2020, Bombay high court refusing to stay the burial of the Covid inflicted bodies at Konkani Muslim Cemetery, Khoja Sunnat Jamat Kabrastan and KhojaIsna Ashari Jammat Kabrastan located at Bandra West.

The high court had directed the BMC to remove three locks put up by local residents on April 13 at the gates of the cemetery.

Contending that the health and safety concerns should precede over religious rights, the petitioner Gandhy has sought a temporary stop to the burial of persons who had died of Covid.

The petitioner Gandhy has contended that the burial of those who died of Covid-19 might pose a health risk to the public at large and therefore should not be allowed for the time being.

The religious rights, Gandhy says must be subject to public order and health, in this unprecedented health crisis. He has said that top court too has taken such a view in the past.