Cyclone Fani: Here's a list of do's, don'ts to keep you safe 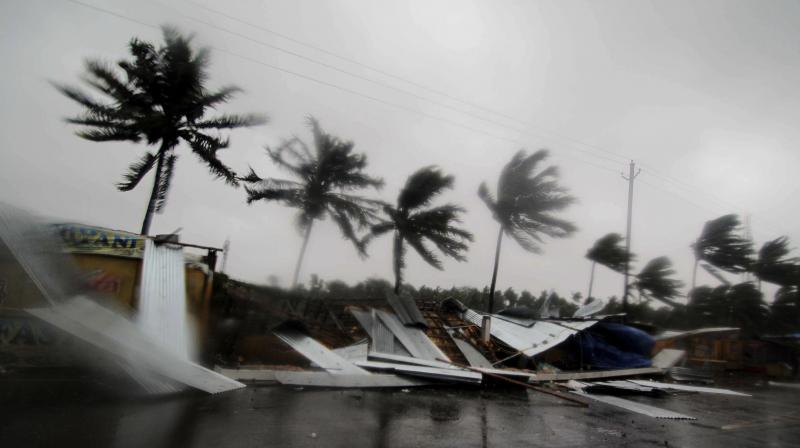 The National Disaster Management Authority (NDRF) has released a list of Do’s and Don’ts to keep people safe and alerted during the tough times. (Photo: AP)

Mumbai: Cyclone Fani, one of the extremely severe cyclones of its time has already hit Odisha on Friday morning.

Nearly 11 lakh people have been evacuated from the vulnerable areas to safer places in the last 24 hours in Odisha.

The National Disaster Management Authority (NDRF) has released a list of Do’s and Don’ts to keep people safe and alerted during the tough times.

Here is the advisory issued:

• Stay tuned to the news for weather updates

• Store documents and other valuables in waterproof containers

• Carry out repairs at home

• Untie cattle or other animals

During/after the cyclone (if indoors)

• If your house is unsafe, leave early before the onset of the cyclone

• Rely only on official warnings

During/after the cyclone (if outdoors)

•Watch out for broken electric poles, wires, other sharp objects

• Don't venture out to sea

People should avoid listening to rumours at such times.

Keep a check on the India Meteorological Department's (IMD) website for the latest information on Cyclone Fani.

You can view the poster advisory below:

The NDMA also released video guides for what one should do before and during a cyclone.

#CycloneFani: A cyclone can be devastating. Follow these do's and don'ts of a #cyclone before it inflicts heavy damage to your region. pic.twitter.com/ZfO6Hrc7Kt