India   All India  03 May 2018  Centre okays ordinance to amend law on commercial disputes to boost FDI
India, All India

Law minister Ravi Shankar Prasad refused to give details saying the ordinance is yet to get the President’s nod. 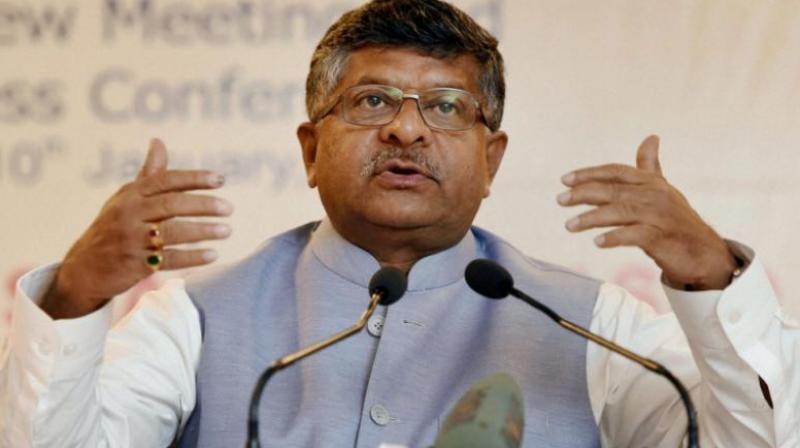 New Delhi: To boost foreign investments in the country, the government on Wednesdayapproved an ordinance to amend a law for speedy disposal of commercial disputes. The move is expected to improve India’s ranking in the ease of doing business index.

Law minister Ravi Shankar Prasad refused to give details saying the ordinance is yet to get the President’s nod. According to the bill which is pending in Parliament, the specified value of a commercial dispute will be brought down to Rs 3 lakh from the present Rs 1 crore.

He told reporters here that the Union Cabinet approved the ordinance to amend the Commercial Courts, Commercial Division and Commercial Appellate Division of High Courts Act.

The proposed ordinance will replace the pending bill. It would bring down the time taken from the present 1,445 days in resolution of commercial disputes of lesser value.

Ease of doing business is an index of the World Bank which refers to the dispute resolution environment in a country that facilitates an investor in deciding to set up and operate a business.

The amendment also pr-ovides for establishment of commercial courts at district judge level for the territories over which the high courts of Chennai, Delhi, Kolkata, Mumbai and Himachal Pradesh have ordinary original civil jurisdiction.

The introduction of the pre-institution mediation process in cases where no urgent, interim relief is contemplated will provide an opportunity to the parties to resolve the commercial disputes outside the ambit of the courts through the authorities constituted under the Legal Services Authorities Act.

The law will be given prospective effect so that the authority of the judicial forum presently adjudicating the commercial disputes is not affected.

Increase of foreign direct investment and overseas commercial transactions have further contributed to a significant rise in the number of commercial disputes in the country.