The woman had approached a city court claiming that the police had not acted on her rape complaint against the legislator. 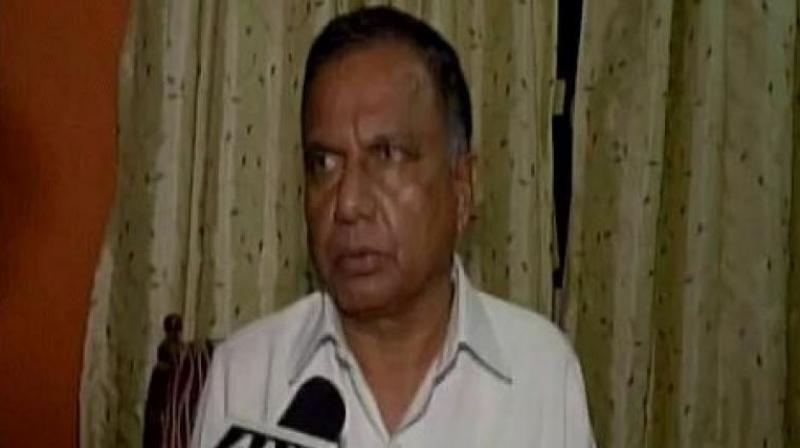 New Delhi: A woman, in her 30s, who had alleged that she was raped by a BJP MP, was arrested from her home in Ghaziabad on Tuesday on charges of “honey trapping” the legislator.

K.C. Patel, the MP from Valsad in Gujarat, had filed a police complaint last week claiming that he had been drugged by the woman who had taken obscene videos and photographs of him.

The woman had approached a city court claiming that the police had not acted on her rape complaint against the legislator.

The woman was picked up from her home in Ghaziabad and questioned, following which she was arrested by the Delhi police on Tuesday.

“The accused woman has been arrested and further investigation is underway. She has been booked for extortion and under the relevant section of the Prevention of Corruption Act(POC),” said a senior police officer.

Officers said that she has been booked under the Prevention of Corruption Act since she had claimed in front of Patel that she will have to pay the magistrate and the police to hush up the rape case.

Anybody who indulges in extortion in the name of government departments is likely to be booked under POC Act, the police said.

She had allegedly installed CCTV cameras inside her house at strategic locations and she used those recordings to extort money. The police is also probing about her other gang members and how much money she had amassed through extortion.

The police have also recovered some videos and are searching for other people whom she had targeted. There are some recordings that are in police’s possession where she can be heard bargaining with her targets. Sources said that the woman targeted MPs who are above 60 and would do a full research on their profile and their paying capacity. Till now, she has not targeted MPs based in Delhi.

In the case of K.C. Patel, she had found his number through a website that has details of MPs and contacted him while he was in his constituency on the pretext of some work, sources said.

It is also suspected that the woman is backed by a notorious gangster, sources claimed.

The MP claimed that she had threatened to file a rape case against him if he did not pay her Rs five crore.

Patel had alleged the woman invited him to a place in Ghaziabad for some work and offered him a soft drink laced with sedatives.

She had also filed a rape case against a Haryana MP last year at Tilak Marg police station but later changed her statement. It is suspected that she received Rs 1.60 crore from the MP. She had conned several MPs but none of them came forward to file a police complaint since their reputation was at stake.

Police have launched a probe and will find details of other victims who had been blackmailed by her.

The police produced her before a special court  at Tiz Hazari which remanded her to five-day police custody after the police told the court that she was needed for interrogation.